All spoilers in Licht's entry are unmarked. You Have Been Warned.

Eye of the Midnight Sun

A group of rogue mages who seek to destroy the Clover Kingdom. 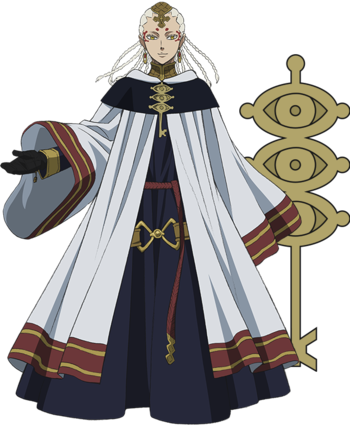 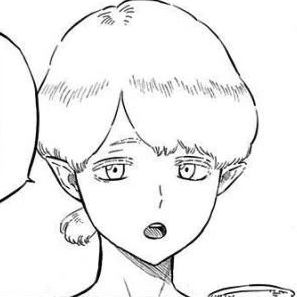 to see his past self.

The group's leader and an incredibly powerful mage. He is an elf whose race was wiped out because humans feared the elves' magic power.

He owns his own four-leaf clover grimoire and wields the incredibly rare Light Magic. 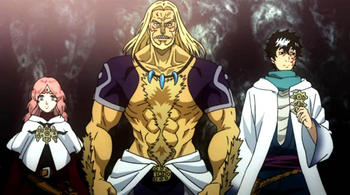 A trio of mages of the Eye of the Midnight Sun that, according to Licht, are the three strongest members of the organizaiton. They are given epithets in opposition to the three virtues of the Clover Kingdom. 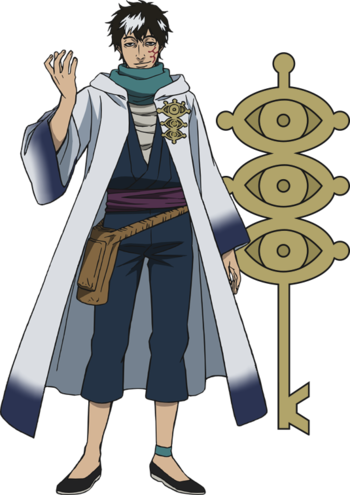 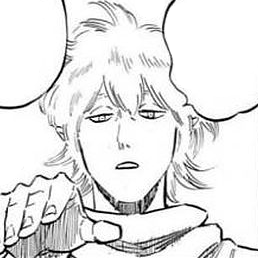 to see his past self.
"It doesn't look like there's anyone who can see through my Copy Transformation Magic. Well, whom could I have been imitating?"

One of the three Members of "Third Eye", the elite squad of the Eye of the Midnight Sun.

Uses Copy Magic to copy people's appearance and magic. Once he has copied a spell, it is forever stored in his Grimoire, granting him an abnormally large repertoire. 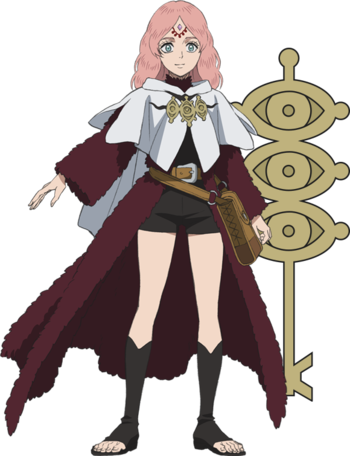 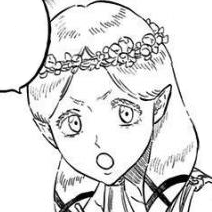 to see her past self.

One of the three Members of "Third Eye", the elite squad of the Eye of the Midnight Sun.

Wields Flame Magic of cataclysmic proportions, and is always accompanied by the Fire Spirit, Salamander. 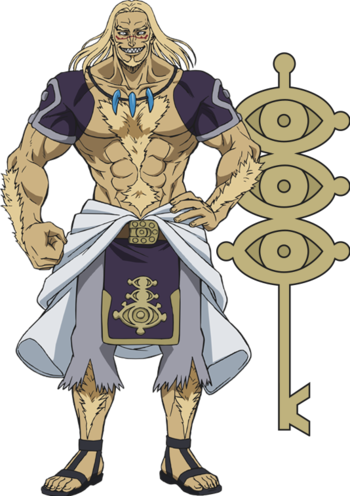 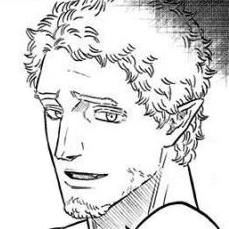 to see his past self.
"We're the ones who truly have dreams and bonds. The ones you broke. Our golden dreams, and our bond of blood!!"

One of the three Members of "Third Eye", the elite squad of the Eye of the Midnight Sun. A relentless fighter crushing and crippling every opponent he meets.

The sole known user of Beast Magic, Vetto can copy the attributes of various animals, and manifest these beasts as a translucent aura around himself. When pushed to his limits, Vetto can access Mythical Beast Magic, which breaks common rules of magic and copies unknown animals. 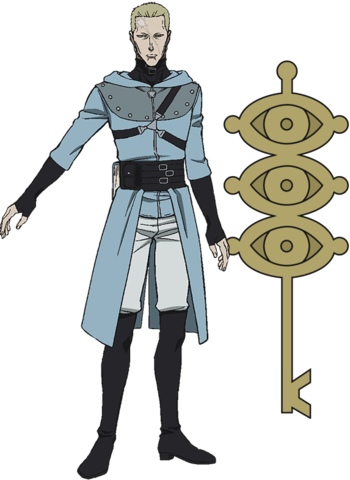 A mage sent to Saussy Village in order to find a certain magic stone. Heath keeps a very tight schedule and does not forgive a single second of difference. He leads a team of Mist Magic and Water Magic users, which complements his own Ice Magic. 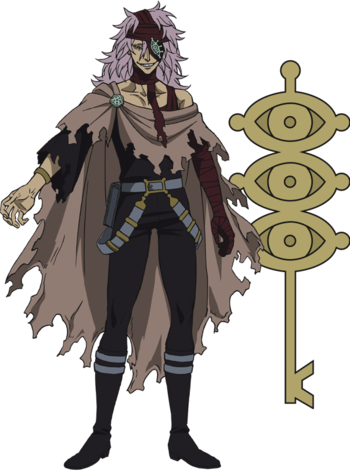 A former member of the Purple Orcas, he believes that he was unjustly fired from the Magic Knights because he wields a taboo magic.

Rades's Wraith Magic lets him reanimate dead individuals, putting them under his complete control. If they were mages, the zombies can use their own magic. 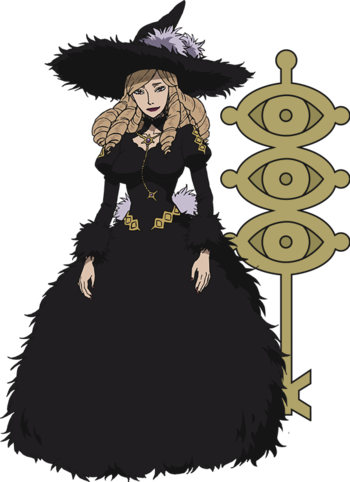 A rather vain witch, obsessed with her own beauty and youth. 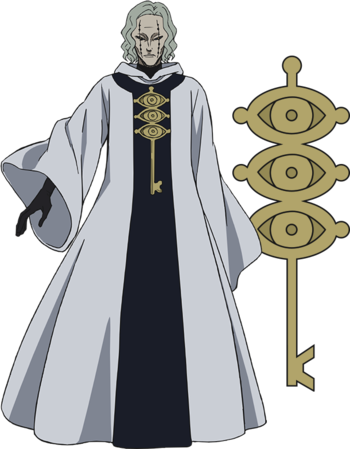 A sorcerer who is extremely devoted to his master Licht.

He uses Spatial Magic for teleportation. Can open up portals from a distance and fire mana bullets to harass his victims, or teleport them against their will. 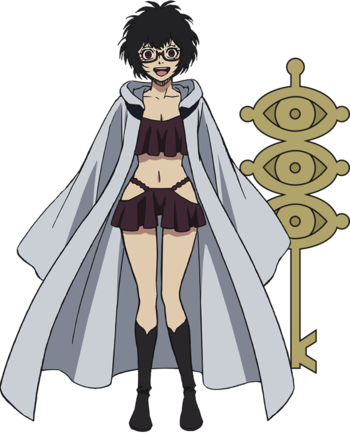 A sorceress with a bit of a scientist's vibe, keeping a ton of magical items and desperate to dissect and experiment on interesting individuals.

An underling whom Julius manages to retain while Licht arrives to get his men back.