All spoilers regarding the first 159 chapters, as well as Zagred's entry, are unmarked. You Have Been Warned! 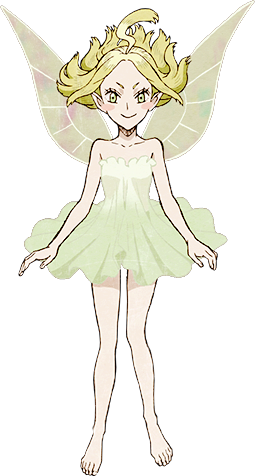 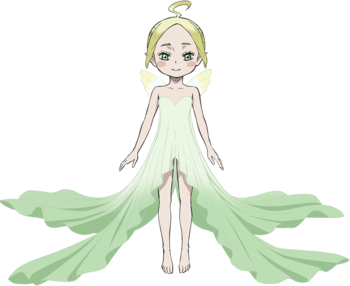 The spirit of wind, whom Yuno gives the nickname Bell. 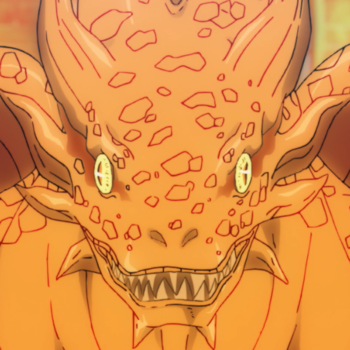 The spirit of flame that serves Fana and later Fuegoleon. 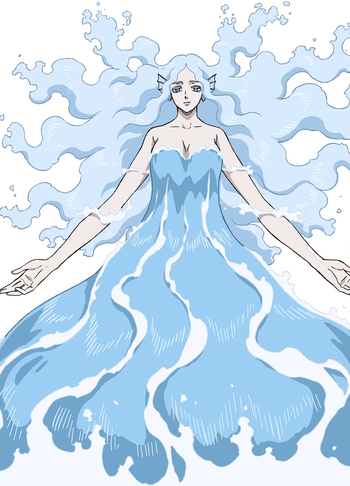 The spirit of water who serves the princess of the Heart Kingdom. 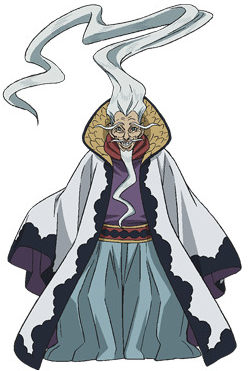 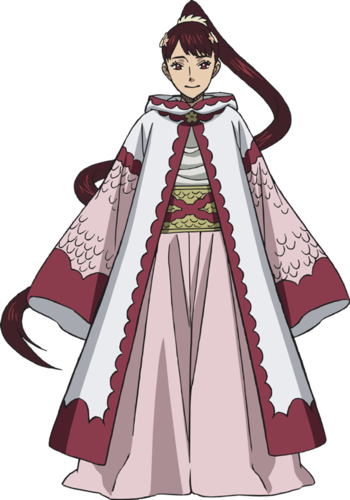 A priestess and songstress whose grandfather is the high priest. Her Song Magic possesses a variety of effects, ranging from healing to hypnosis. 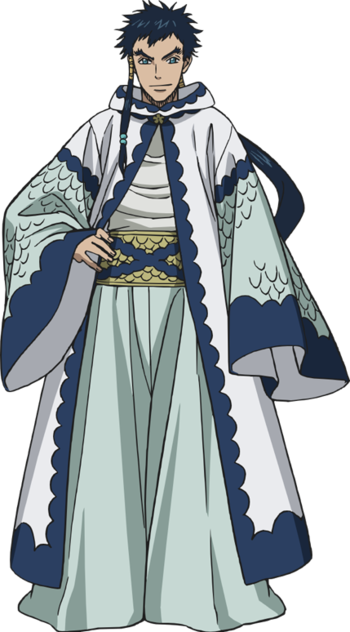 A priest and dancer who is Kahono's brother. His Dance Magic lets him vault around his enemies and battle in close quarters. 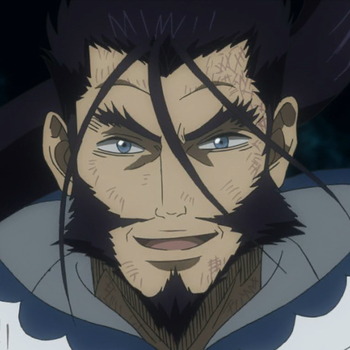 Introduced in The Book of the Black Bulls 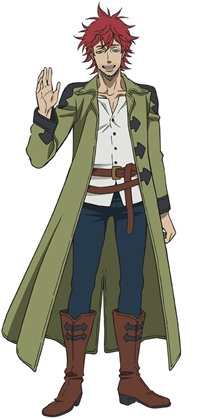 A former Commander in the Diamond Kingdom's army, Fanzell has defected and fled his country. His swordsmanship prowess is complemented by his Wind Magic, manifested most often through wind slashes. 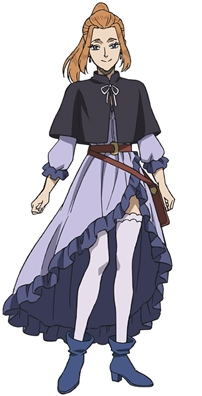 "You good-for-nothing husband!! Quit stripping at the drop of the hat already!!"

A witch from the Forest of Witches and Fanzell's wife. She is a creator of magic tools. 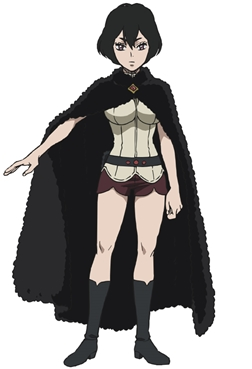 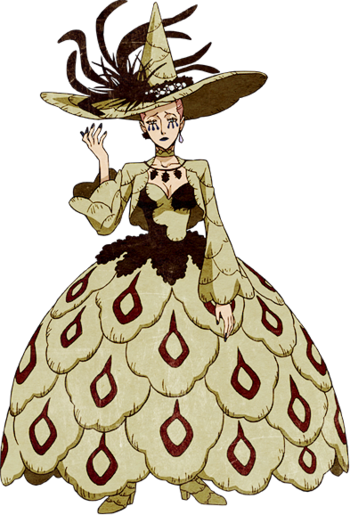 The ruler of the Forest of Witches. She uses Blood Magic, able to congeal blood into different constructs and perform great feats of healing.

See her entry on the Black Bulls page.

In General
A kingdom south of the Clover Kingdom. A country rich in natural resources, it has been ruled by princesses with the power of the water spirit Undine. With the kingdom's strong natural mana, its mages have learned to form arrays of runes to enhance their magic.
Lolopechka

The princess of the Heart Kingdom. She wields Water Magic empowered by the Water Spirit, Undine.

A Spirit Guardian of the Heart Kingdom.

A Spirit Guardian of the Heart Kingdom.

In General
Powerful and malevolent, these otherworldly entities require a ritual including a sacrifice to appear in the living world. Despite of being only spending most of the first saga in the sidelines, they are eventually revealed to be responsible, or at least complicit in the misfortunes of many characters in the series.
Asta's Devil 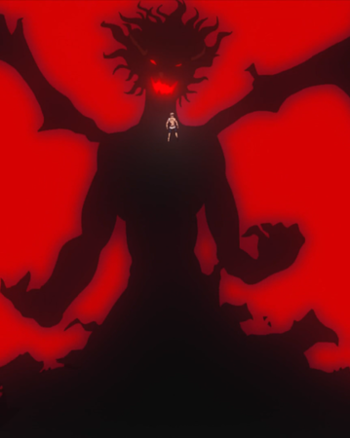 The devil inside Asta's grimoire. It has spoken to Asta before and while its intentions are not yet clear, it's obviously up to no good. 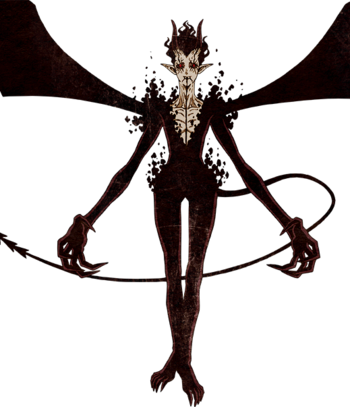 "Elves and humans… Your dreams and ambitions make such excellent playthings!!"

A devil who is the true mastermind of the elves' massacre, tricking the humans to kill them on Licht's wedding day and casting the spell that suspended their souls so that they would be reincarnated. He did all this to obtain a five-leaf grimoire and body in the living world.

He uses the powerful Word Soul Magic, which makes anything he says become reality.

The devil who cursed Acier Silva leading to her death after giving birth to Noel. A long time ago, it also made a deal with the Agrippa family and serves Dark Triad member Vanica.

It uses Curse-Warding Magic, weakening spell arrays that affect it and placing powerful curses on others.

The most powerful devil who serves Dark Triad member Dante.

A devil who serves Nacht. 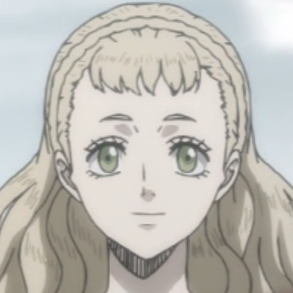 A young woman who was the younger sister of the First Wizard King.