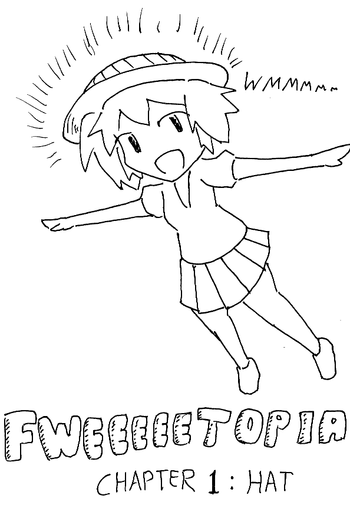 There exists a mythical flying city known only as Fweeeeetopia. Much like other legendary cities, it seems that everyone wants to find it. With their exotic and unreliable ways of getting into the air, the search for Fweeeeetopia begins. And the first to take to the skies is a young girl who lives in a junkyard...

The webcomic is very new and was based off a single drawing by its creator. Drawn with pen and pencil and scanned, it gives a different feel from other webcomics.