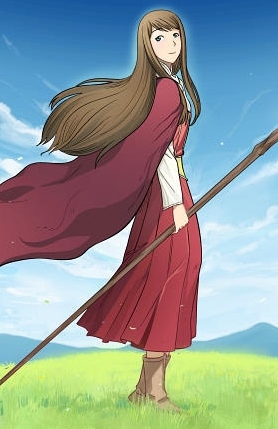 "Will you come along?"
Advertisement:

is a fantasy webcomic by Novil and Powree, better known as the creators of Sandra and Woo. The story revolves around a fantasy world called Gaia, where a magical conflict that started at the beginning of the world has lasting repercussions in the present day. In a country called Cania, currently locked in a cold war with one of their neighbors, Midgard, a group of friends are unexpectedly thrust into the middle of a situation that could result in war, or even a threat to life itself.