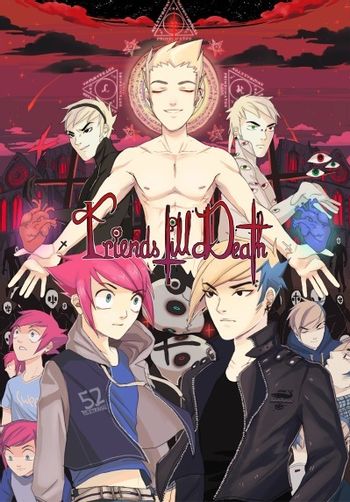 is a webcomic hosted on Smackjeeves by milkassassin about a teenage Eldritch Abomination named Herz who just wants to have friends. Thankfully, he has two people by his side, fiesty, pink-haired Jura, and tough, sarcastic Vanilla. The comic focuses on Herz's problems, as well as the mysteries surrounding why he is the way he is, and also incorporates Slice of Life elements in his friendship with Jura and Vanilla.

Updates irregularly, but you can find the first page here,

and the latest page here.

Also, the creator's Tumblr is here.

The comic also contains Boys' Love (although it's definitely not the main focus, and we haven't actually gotten to any yet), and incest (again, though, haven't reached that point).