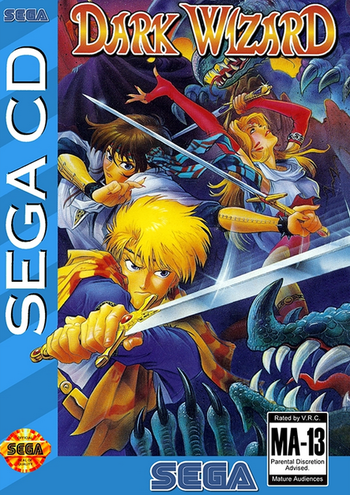 Dark Wizard is a Strategy RPG video game developed by Sega and released in 1994 for the Sega CD. You have the choice of playing as one of four monarchs, each with their own story and units.
Advertisement:

The game notably uses a hex-map instead of a grid map like most other games in its genre.