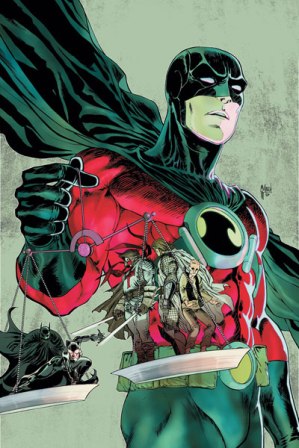 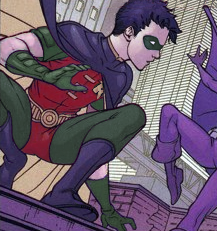 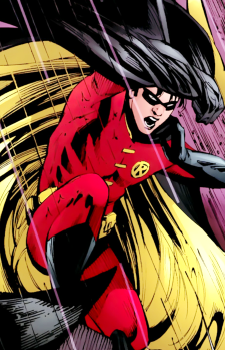 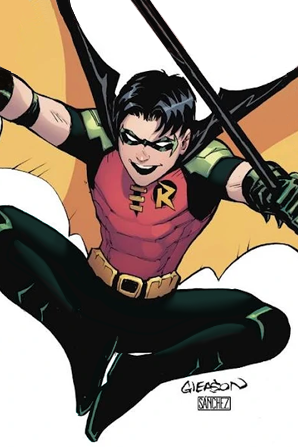 third costume
"I thought I'd left that world behind me. That maybe I could do more good working from the shadows. Apparently I was wrong. I'm going to need help."

Despite the setback of Jason Todd's unpopularity and the killing-off that came along with it, Denny O'Neil was not convinced to give up on the character of Robin. Thus, Tim Drake was born, and this time, the writers were careful to make him much less similar to Dick.

At age nine, Tim was able to deduce both Batman and Robin I's identities, but kept it to himself, until years later, when Dick went solo and Jason died. Realizing how deeply Jason's death had affected his idol, Batman, Tim tried to convince Dick to reprise his role as Batman's partner. Although he agreed, Dick would only do so as Nightwing, despite Tim's insistence that Batman needed a Robin.

It took multiple trials, but finally, Tim was able to gain both Bruce and Dick's respect, along with the permission to become Robin. He proved to be much more popular than Jason ever was, and like Dick, got multiple spin-off series. Following the Bat-Family shakeup following R.I.P. & Battle For The Cowl, he has taken the role of Red Robin. With the return of Bruce & the founding of Batman Incorporated, Tim has become a more tech-savvy hero, using the first Anarky in a sort of "Oracle" tech role. Tim eventually became as worthy a holder of the Robin title as Dick, and is pretty much the Robin post-Dick, holding the title the longest after him and being Batman's most trusted lieutenant after Dick went solo.

This version of Tim is back as of Young Justice (2019) as his memories of the original timeline have been restored. 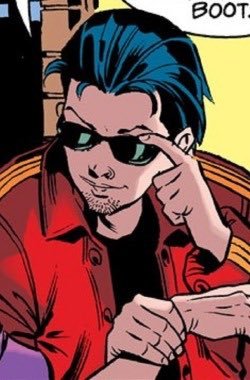 My name's Alvin Draper from over Eastlyn.
The non-Robin alias (this version of) Tim's spent the most time in, especially after he starts using it to spend time with Stephanie outside of costume before she is allowed to know his Secret Identity. It ends up being the name he uses when out of costume around Young Justice too and Bart continued to use it as his name even after he manages to figure out Tim's real name since he decided that one was a fake.
New 52 Tim Drake