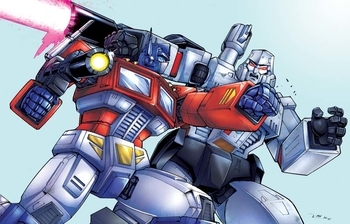 One shall stand, one shall fall.
Advertisement: