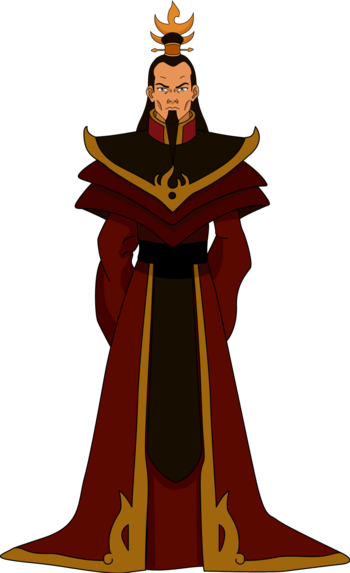 "I do have the power. I have all the power in the WORLD!"
Advertisement:

Ruler of the Fire Nation and likely the most powerful Firebender on the planet, Ozai is the main antagonist of the series. A ruthless warlord and megalomaniac, Ozai is willing to burn the rest of the world to the ground so he can rule. He has little to no empathy for anyone, including his own children (though he acts decently towards them if they prove themselves useful). Aang must defeat Ozai before Ozai can harness Sozin's Comet and use it to end the war once and for all.