Major characters in Rusty and Co.:

Three stalwart Monster Adventurers who decided that this life was better than sticking around in the dungeon.
General
Advertisement:
Mimic 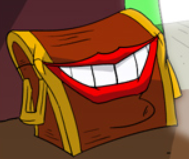 The charismatic Mimic is, despite the title, the main character.
Rusty 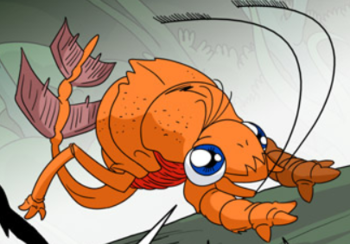 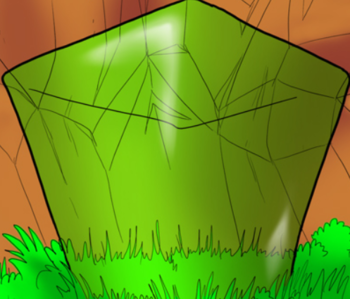 Every level thus far has featured a character who gets involved with the main quest adventures with the monster trio. After the first three, the girls also started reappearing.
General
The Princess 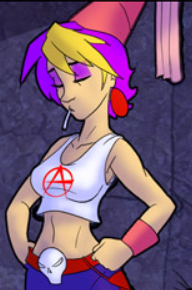 A human monk (with a few levels in Dungeonmaster's Girlfriend), the princess is anything but a damsel in distress.
Dame Madeline Goodlaw (a.k.a. Madeline the Paladin) 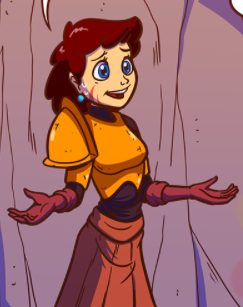 A human paladin, who makes up for her lack of intelligence with superior fighting ability... most of the time.
Roxanne Casbaugh 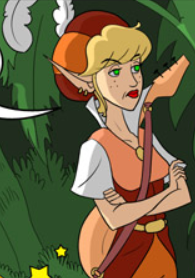 An elven bard who was reared by human barbarians.
Advertisement:
Stabitha "Stabs" Doogan 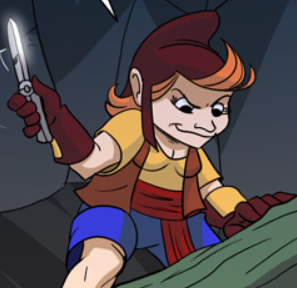 An overeager human wizard, who works as a law enforcement official for the Princess. Easily excitable.
Tarta Moon-Shiner 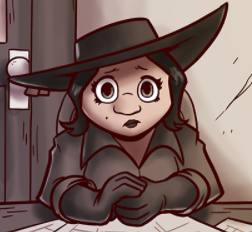 A dwarven druid who comes to Mimic in search of help on a quest.

These guys are generally evil, when they aren't being funny.
Calamitus 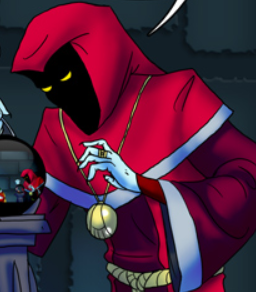 The ultimately cliché Evil Sorcerer, much to his detriment.
Plaidbeard 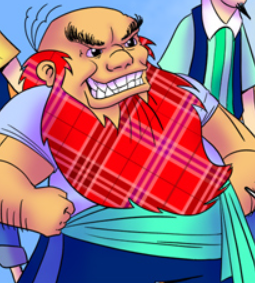 A dwarven pirate with an unusually odd-colored beard.
The Grinner 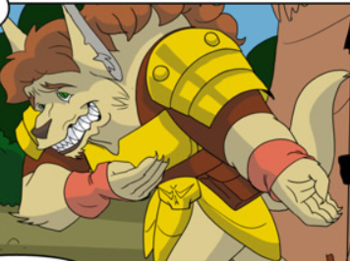 A charming gnoll bandit with a killer smile. Literally.
Slobber 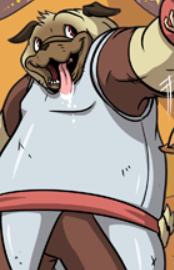 A gnoll with the face of a pug and a cousin of The Grinner.
Y.T. (formerly known as Yuan-Tiffany)

A lamia (formerly a yuan-ti) with red braids and a distinctive Western accent. Notable for working both against and with the group at different points.
Don Polpo 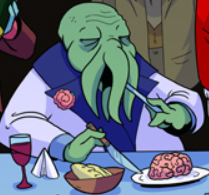 Leader of the illithid mafia.
Malevolus 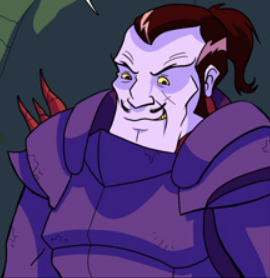 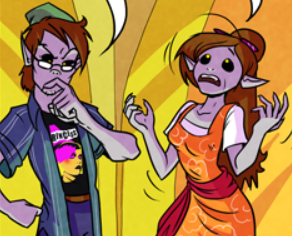 A brother and sister, and oh so hip.
Anti-Madeline 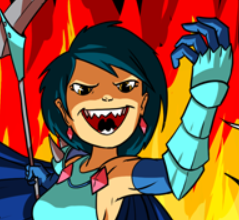 The physical embodiment of all of the evil in Madeline. She's a few inches tall.
The Doors 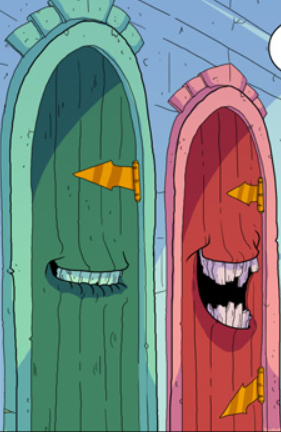 Two talking doors, one red and one green, making brief but repeated appearances.
The Viscount
A villain introduced in level 8. He has ties with devils and seeks to use Malevolus as a Puppet King.
Interdimensional Horror from Beyond the Edge of Reality
An Eldritch Abomination, first summoned in level 6, and appearing again in level 8. Apparently very bad for the world if left unchecked. 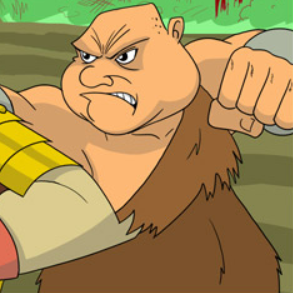 Barbarian. Made a cameo in the earliest strips, only to reappear as Roxy's adoptive brother.
Schmetts
A Bottle Fairy. In both senses. With a riddle.
Zar the Psion
A farmer in an alternate dimension who gives the Action Girls team useful advice about the danger.
Dirk and Kris 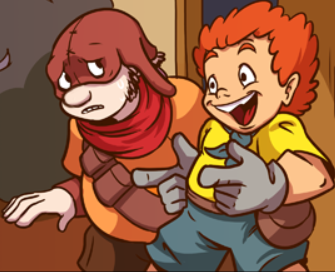 Kris is on the left, Dirk is on the right.
A pair of Halfling rogues and Stabs's cousins.
Dorilys Happ

A human cleric, a friend of Madeline's, and green.
Derek Hyssop
An associate of Madeline's, whom she has a crush on. Also a Cleric.
Drago Stromscale and The Thunder
The Planar Ally
An angel summoned by Derek to assist the team against Calamitus and the Interdimensional Horror.