A seemingly ordinary boy who sits next to Ayaka Kagari, the school Chairwoman's daughter and the most popular girl in school. This position is a lot more trouble than it's worth, as those envious of him are not above physical assault. One day, while getting chores for the school done, he's nearly killed by a falling clock tower. This is when Kagari reveals the fact that she's a witch to him and saves his life. Takamiya soon finds out that there's something powerful sealed within him, and that dangerous witches known as the Tower Witches who will stop at nothing to capture him and steal it.

The daughter of Kazane Kagari. She's wealthy, beautiful, and intelligent, and has sworn her life to protecting Takamiya from anyone who would harm him or take him away from her.

Ayaka's mother, head of the Workshop Witches in the city, and the chairwoman of Togetsu High School.

Honoka's younger sister, who also happens to be a Workshop Witch. She has an extreme brother complex with Honoka.

A Workshop Witch who specializes in ice-based magic. Touko was a childhood friend of Ayaka, being asked by Kazane herself (along with Houzuki, Ayaka's fan club leader) to watch over her as Ayaka had almost no social intelligence to speak of, and continues watching her into the present.

A Workshop Witch and Kasumi's teacher in the Workshop hierarchy, who also runs a gang of delinquents that dress up in hamster-themed costumes.

A chemistry teacher at Honoka's high school. He also recruits witches throughout the city for the Workshop. 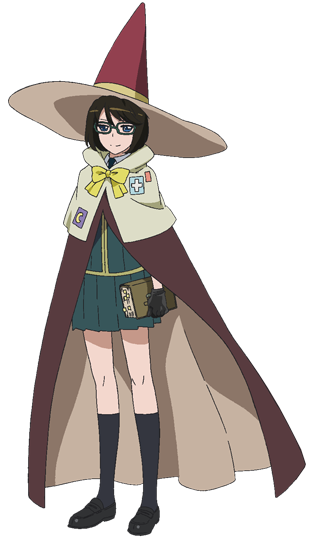 The leader of five Workshop Witches from Tougetsu Junior High School assigned to protect the city.

A soft-spoken witch with cat-like ears.

A new "student" who transfers into Takemiya's school.

Unlike the Workshop witches, the ones in this group tend to use their powers for selfish gains and like to wreak havoc.

One of the Tower Witches who transferred to the same school where Honoka and Ayaka are studying. She is a "Shikigami User" and her familiars are an army of paper rabbits which she can magically turn into mechanized soldier bunnies. She is the unofficial head of the "KMM Gang". 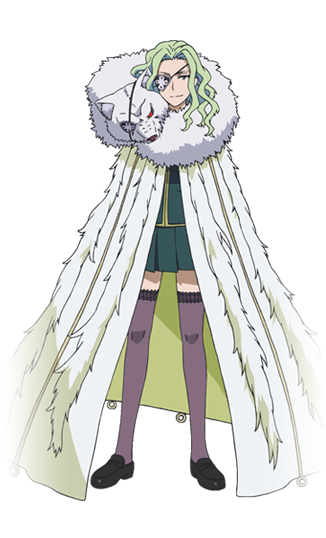 One of the Tower Witches that form the Ivory Quintet. She has the ability to pass through walls and create a defensive barrier. She wears a complete wolf pelt called "Coast Fenrir". 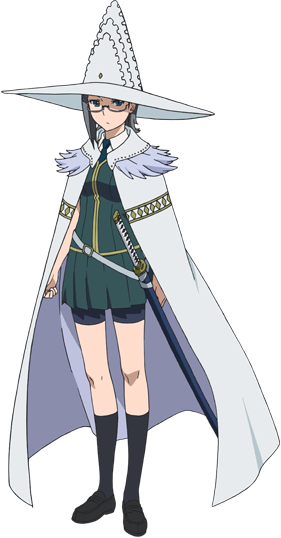 A member of the KMM Gang and Togetsu High School's Kendo club. 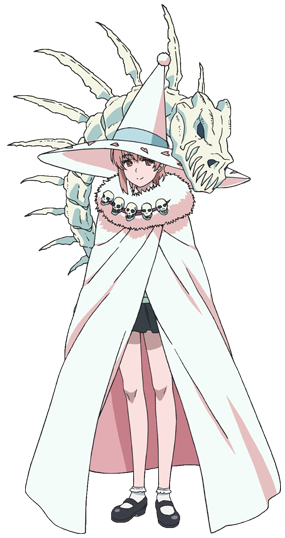 A soft-voiced member of KMM Gang, who wields a scythe. She has a power called "Bone Animator", which can only be used to revive dead skeletons of any size. 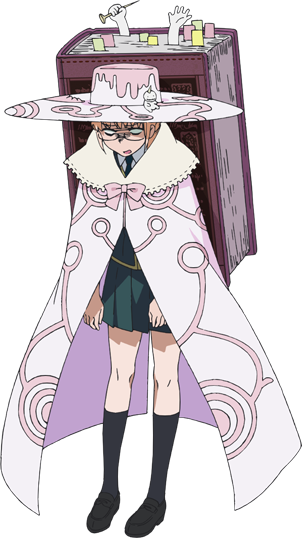 A member of KMM Gang. Her power is to summon and use demons by the book called "Black Vice" that she carries on her back, though this power is rarely shown.

A powerful Tower Witch who specializes in crafting potions and often walks around with a well-dressed crocodile familiar named Sebastian. She has her own plans for Honoka's "white stuff." 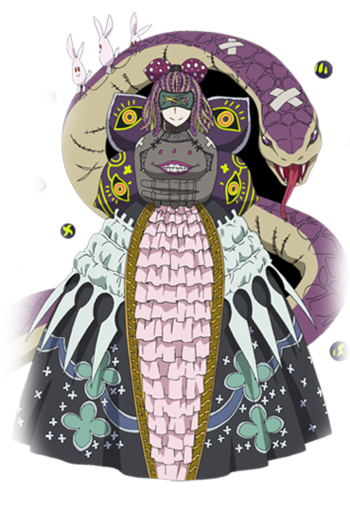 A high-ranking Tower Witch who controls the KMM Gang and their associates in order to steal Honoka's "white stuff" for herself.

A Tower Witch whose main strength is meticulous planning and preparation as opposed to any overtly magic power.

The mother of both Honoka and Kasumi. She was the best friend of Kazane Kagari in school. 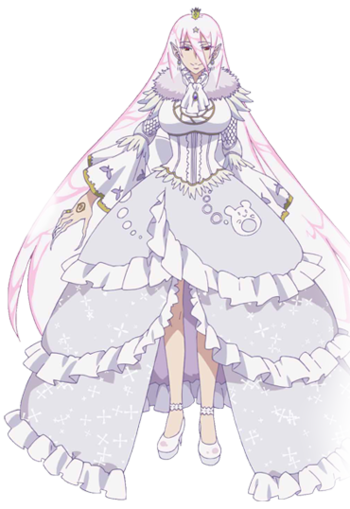 An entity of unknown origin sealed inside Honoka Takamiya. She is addressed as the White Princess by various characters. A total of five seals were placed on her.

The seeming leader of Ayaka's fan club and one of her caretakers during middle school.

The head of the Kagari household.