Characters that debuted in Season Four of The Walking Dead video game:

Character Index | Playable Characters (Clementine) | Season One Characters | 400 Days and Season Two Characters | Michonne Characters | A New Frontier Characters | The Final Season Characters
Due to wiki policy, trope names and character descriptions will not be spoiler tagged. As such, expect many unmarked spoilers below for previous seasons!
open/close all folders
Advertisement: 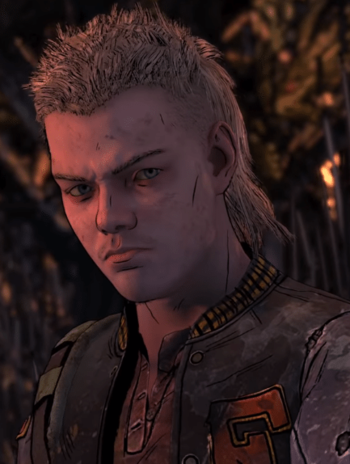 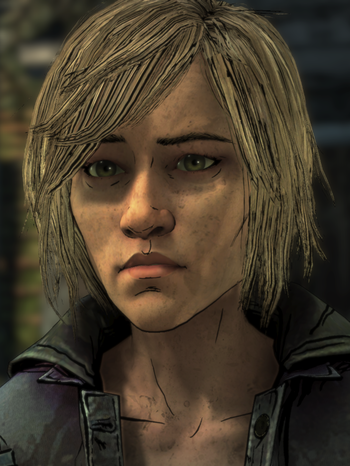 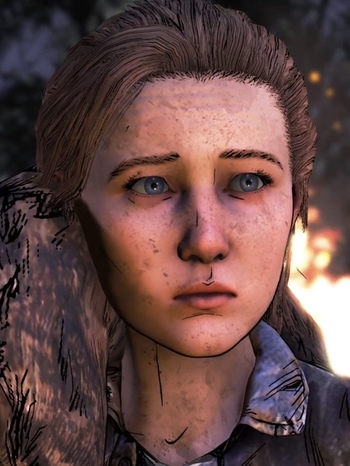 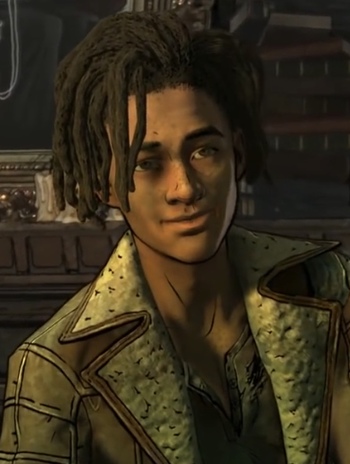 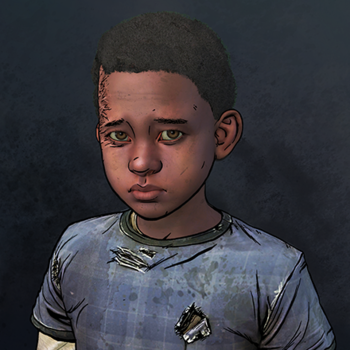 Voiced by: Zaire Hampton (English), Thomas Sagolis (French), Leander Elias (German), Pedro Volpato (Portuguese), Emiliano Ugarte (Spanish)
A young survivor who had been taking care of Clementine after she and AJ were brought to the school.
Aasim 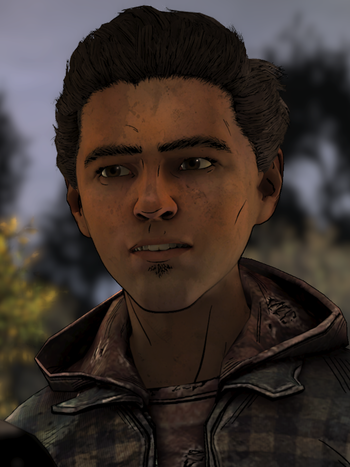 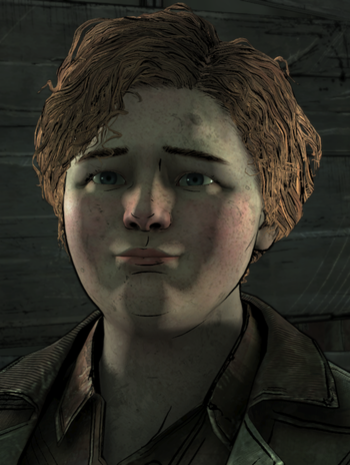 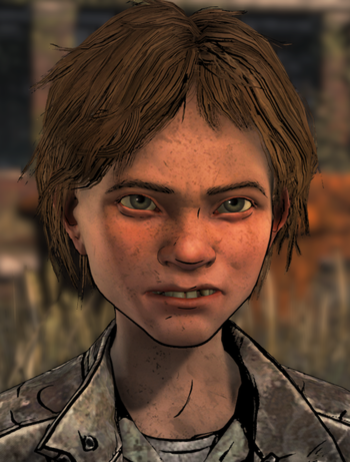 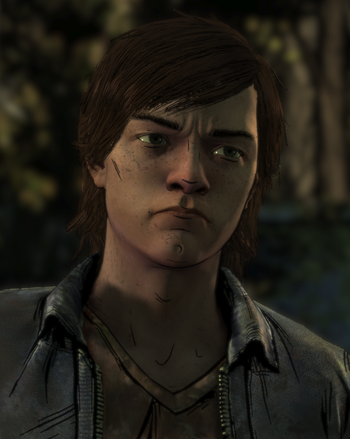 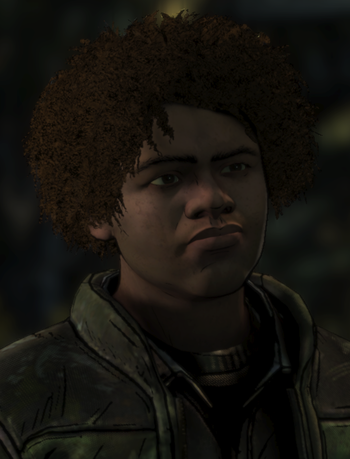 Ms. Martin
The school's nurse, and the only member of the faculty that stayed with the children when the apocalypse happened. She was especially close to Ruby. When the greenhouse was overrun by walkers, she got bitten and is later found by Clementine, Ruby, and Mitch, who can choose to either give her a respectful burial or simply burn her body. 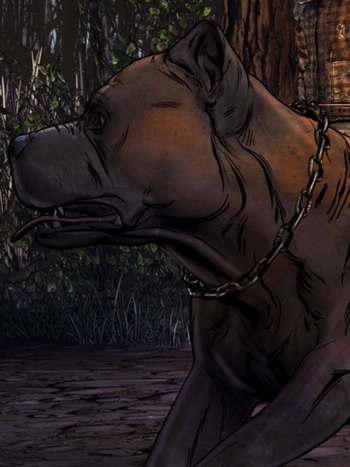 The group's pet dog. She used to be the Headmaster's dog.

General
The Delta are a group of raiders first encountered in Telltale Games' The Walking Dead: Season Four.

Lilly
The former leader of Lee's group, now a high-ranking member of the Delta raiders.
See her character folder here. 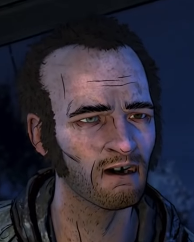 A shady man encountered by Clem and AJ at the train station. He is the second-in-command of the Delta raiders and has been harassing and stalking the school survivors for quite some time. 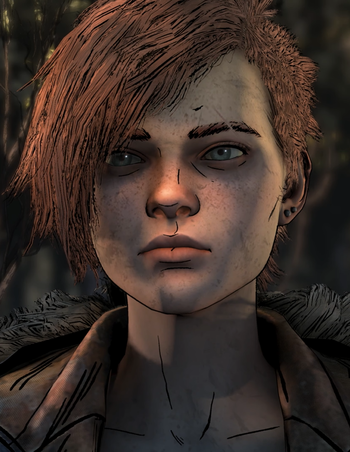 A guard stationed at the McCaroll Ranch who opens fire on Clementine as she approaches, killing her horse and stranding her. After being fatally wounded during the ensuing shootout Clementine attempts to interrogate him, but he refuses to cooperate and either dies from his wounds or gets executed by her on her way inside.

An unfortunate man who was severely wounded in the aftermath of the attack on McCaroll and is lethally burned over half his body. He begs Clementine to kill him to put him out of his misery, which she can do or leave him to suffer.

AJ's caretaker at McCaroll Ranch. She is killed by Clementine when the two mistake each other for a threat, leaving Clementine no choice but to shoot her in self-defense, an action she quickly comes to regret.

An unexpected member of the McCaroll Ranch survivors. 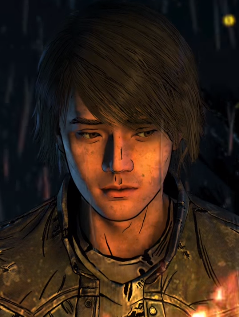 Voiced by: Johnny Yong Bosch (English)
A former Whisperer that's been living in the woods surrounding the school.