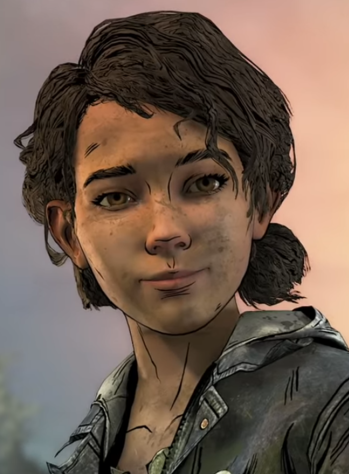 "I'm still. Not. Bitten! I never was. And you left me out here to die."
Click here for her appearance in Season 1 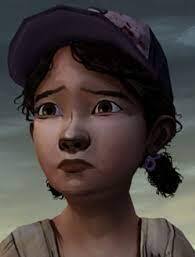 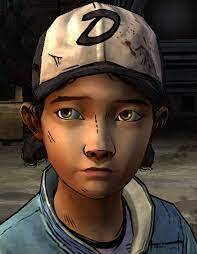 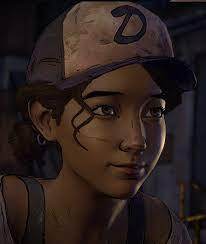 "Okay, now don't do anything stupid. Cause I'm not as nice as you, I won't hesitate."

Clementine is a quiet and imaginative eight-year-old girl with two attentive, loving parents. She's incredibly resourceful, choosing to spend time building elaborate fantasies in her tree-house instead of watching cartoons or playing with dolls. She doesn't get scared easily but will clam up if nervous. Reserved and shy, her actions speak louder than her words.

Come Season Two, Clem has taken over the role of protagonist. Now eleven years old, the Zombie Apocalypse has shaped her into a quick and resourceful survivor, albeit one who is not always taken seriously by others due to her age.

Season Three rolls around and Clementine is now a pragmatic crack shot the age of 13 who meets up with Javíer and helps him and his family - she's also the deadliest thing out there when faced with humans, zombies and anything else the world can think to hurl at her.

Clementine returns to being the main protagonist in the Final Season. Now 16 years old, she continues to look after Alvin Jr. while teaching him how to survive this harsh world.

Following that, Clementine made her comic book debut in the Skybound X comic, where — having become dissatisfied with her newly peaceful life — she secretly leaves Ericson's Boarding School to seek a new adventure by herself.