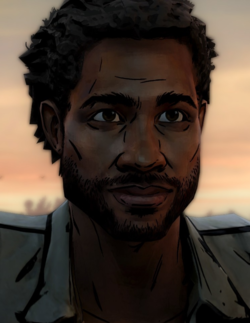 "I'm doing what's best for my crew. That includes you."

The Captain of The Companion who rescues Michonne at the beginning of episode 1 and offers her shelter on his boat. 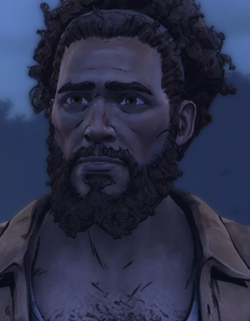 "Alright, so we're just gonna sit around waiting for you?."

A minor character who debuted in the comics but players a slightly larger role here as a member of Pete's crew.

Another member of Pete's crew.

A pessimistic man who ran into Pete roughly a year before the events of the story. 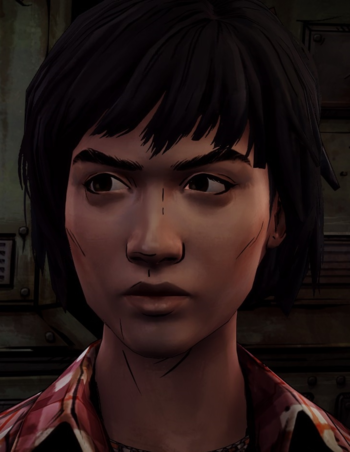 Better known as Sam, is young woman who is accused of stealing from the community of Monroe alongside her brother. Despite quickly being shown as a liar she insists that Norma and Randal are the real threats. 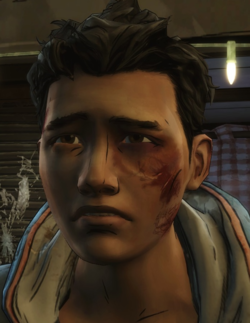 "I knew about the rotters. I mean, I've fought them before. Killed them. It's bad. But... people are worse, aren't they? I didn't know it was this bad. They know what they're doing... they just don't care."

Samantha's brother and partner in crime. He is killed at the end of In Too Deep via an accidental shot to the gut and dies shortly after. His zombie is then put down by Michonne. 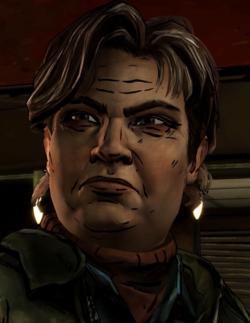 "You survive if you're dangerous. I can respect that."

The leader of the Monroe boat settlement. She accuses Samantha and Greg of repeatedly stealing from her community and thinks that Michonne and Pete are their accomplices. 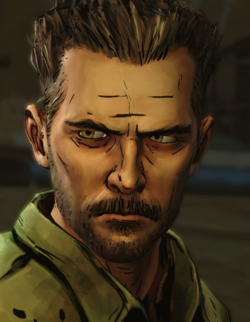 "We all have our demons, honey. Some are on the inside. Some are sitting right in front of us. Wondering what kind of mother brings a child in this mess of a world. Ain't no blue skies for them anymore."

Norma's brother and chief enforcer. He is quickly shown to be very violent and ruthless in dealing with problems.

The boyfriend of Jonas, the settlements doctor. If spared in episode 1 he will save Michonne from Norma in episode 3.

The doctor of Monroe who is dating Zachary. A large amount of his characterization depends on whether or not Michonne allowed his boyfriend to die in episode 1.

A young Hispanic woman who accompanies Randal and later Norma when they are out hunting for Michonne's group. Despite getting very little screen time she plays a major role in episode 3. 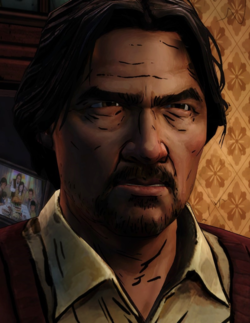 "These kids deserve a real childhood, someplace where fear isn't the norm. If I can give them even a sliver of that, I'll die happy."

Sam's father. After losing his wife he's struggled to hold what is left of his family together, which is made much harder with Greg's recent death. He is killed very suddenly by Randal while talking to Michonne near the front gate of his house.

John's wife and Sam's mother who died roughly a year before the events of the game.

The sons of John and younger brothers of Samantha and Greg. They both seem to still be fairly innocent and respond with horror to the deaths of their older brother and father. 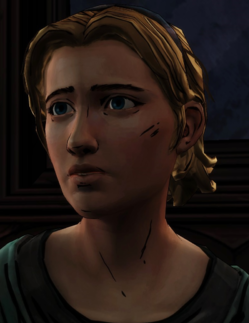 A young woman who spent most of her childhood with John's family as her own family didn't want her. Despite getting off to a rough start she is quick to try and befriend Michonne once it becomes clear she isn't a threat.