3rd/4th grade and above cast

The title character of the show. He and his family are aardvarks.

One of Arthur's closest friends. He and his divorced parents are rabbits. 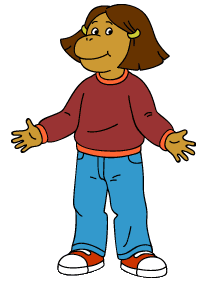 One of Arthur's closest friends. She's a tomboy and enjoys competition. Francine and her family are monkeys. 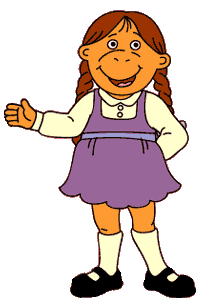 Best friend of Francine, since her arrival in 2nd grade. Like the Frenskys, she and her family are monkeys. 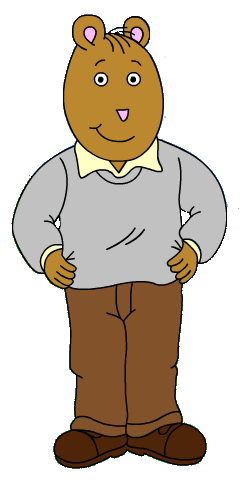 A young bear, and the smartest among Arthur's friends. 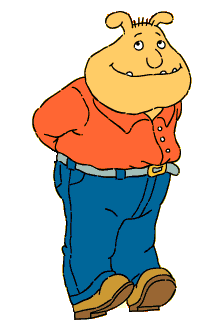 Another one of Arthur's friends. Due to being retained, he's the oldest and biggest student in Mr. Ratburn's class. He and most of his family are bulldogs. 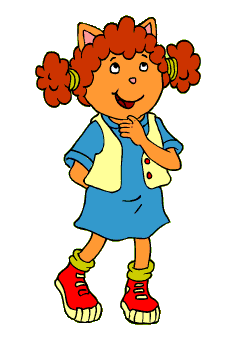 Arriving in the show in 3rd grade, she and her family are cats. 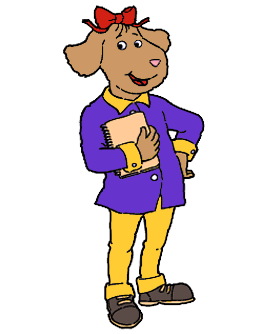 Originally a background character, she and her family are dogs. Fern was generally shy, but has quite an interest in literature, specifically the horror and mystery genres. 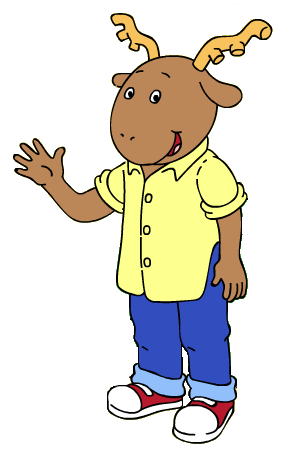 Originally a minor character in the background, he is a moose note  Or perhaps a reindeer, given that his mother also has antlers ; a rare sight in the show. He is a young boy who has special talent in wood-carving and building, and is a skilled ventriloquist. He is often accompanied by Wally, his giraffe dummy.

One of the few 4th graders in the show, she and her family are either poodles or rats (official sources disagree). 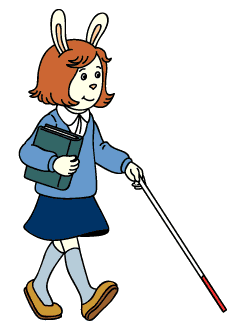 Prunella's friend, also a fourth-grader, who presumably goes to school at Mighty Mountain. Prunella met her in "Prunella's Special Edition" and she's been a recurring character ever since. 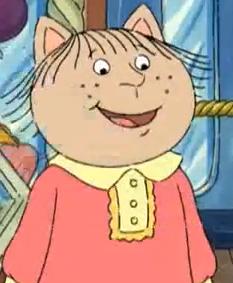 Another former background character in Arthur's class, she is a cat, entirely different from Sue Ellen though. Despite being the shortest in her class, she's also great at sports that Francine isn't the best at.

A 13-year-old cat who is a next door neighbor of Arthur's. His family originally came from Ecuador. He practices Kendo in his spare time and is a fan of El Conejo Bionico, the Spanish version of Bionic Bunny.

An eponymous fox and friend of the third/fourth grade cast who was introduced in later seasons. She was born without the use of her legs, so she uses a wheelchair.

A young male rabbit who befriends George in season thirteen, and is later introduced to George's classmates. Carl has Asperger's Syndrome.

The Compsons are a family of rabbits with tan fur. They moved from Louisiana to Elwood City in the Season 16 premiere, "Based on a True Story". Ladonna is the third of four siblings. She has a penchant for oral storytelling, similar to Fern's love of poetry, or Sue Ellen's journaling hobby.

A background character frequently seen as a member of Mr. Ratburn's class; she is a rabbit.

The Tough Customers
"We're not bullies. We're kids who have a hard time expressing our emotions in a constructive manner." - Rattles

The Tough Customers are a gang of bullies at Lakewood Elementary School, founded by Binky, who is the one member who is not in the fourth grade. In "Arthur's Big Hit", Binky decides to get rid of the club, but in later episodes the club is still there. They hang out on the jungle gym (aka: The Tower of Pain), and also have an entire lunch table reserved for themselves. In early episodes, especially Season One and Two, they were portrayed as malevolent malcontents, but this lessened as time went on. Initially, there were many members, including Binky, Rattles, Molly, but the core three are the only of the original club to remain: none of the others are seen very frequently after Season Four. Later, Molly, Rattles, and Binky are joined by Slink, who was previously just a one-shot character from an earlier episode. From then onward, those four are consistently portrayed as the entirety of the group. 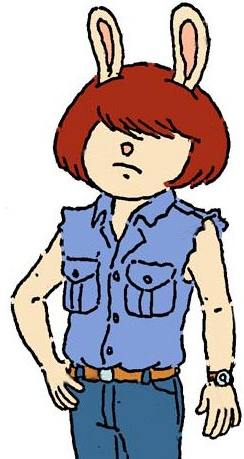 A fourth grade rabbit and one of the Tough Customers. She has a younger brother named James, who is friends with D.W. 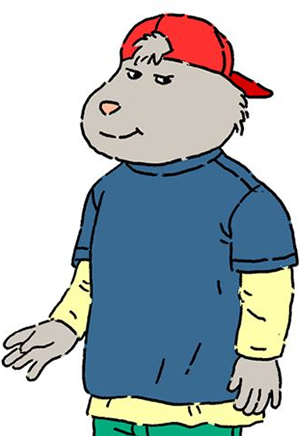 A fourth grader who seems to alternate between being a cat, a dog, and a bear.note Since the nose is basically the same for all three, the ear shape is how to tell the difference. Rattles only took off his hat 4 times in 18 seasons, leaving plenty of time for the animators to forget minor details. Another one of the Tough Customers.

A fourth grade rabbit with a tanner complexion than Molly, and another Tough Customer.

The Read siblings' Spoiled Brat of a cousin, who comes to stay at their house the day before her Aunt Lucy's wedding in "D.W. Thinks Big".