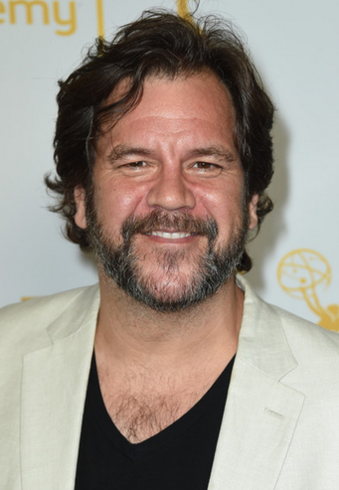 Dwayne Hill (born June 5, 1966) is an award-nominated Canadian voice actor whose voice can be heard in plenty of animated series.

While he is arguably most recognizable to Americans for appearing in Mean Girls as the dirty gym and sex ed. teacher Coach Carr, Dwayne Hill's mainstay is actually cartoons. His extensive vocal range has earned him both major and minor appearances in dozens of animated series produced in Canada, including Jimmy Two-Shoes, Atomic Betty, the Total Drama franchise, Grojband, Jacob Two-Two, Marvin the Tap-Dancing Horse, Yin Yang Yo!, Seven Little Monsters, and Stōked. He's also appeared in several PBS Kids series, most notably as the latter half of the title duo of Peg + Cat.

Dwayne Hill shows up frequently as the voice of countless Canadian advertising campaigns, and has appeared quite a bit in video games too. He also has a few other live-action roles beyond that of Coach Carr, but they're small potatoes compared to his voiceover work.

Notable Roles of Dwayne Hill include: