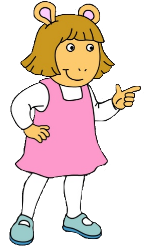 Younger sister of Arthur and middle child of the Reads, and often the main character of episodes focusing on the younger cast. 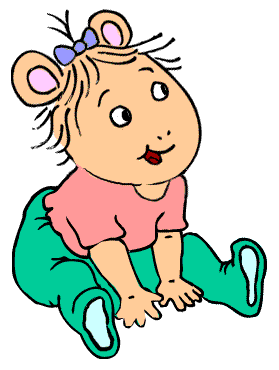 Arthur's and D.W.'s younger sister and the youngest Read child. As she's only a baby, she's only heard babbling to most of the cast, but is able to talk to Pal and other animals. 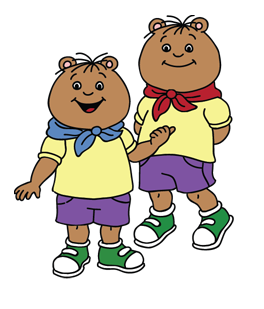 A pair of twin bear cub boys, they're often the other major characters in episode focusing on the younger cast. They have a reputation of being unruly. 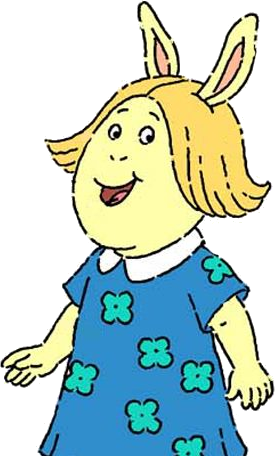 D.W.'s best friend and major character in D.W.-centric episodes. D.W. is sometimes jealous of her wealth. Her mother is a rabbit and her father is a monkey. She's implied to be of French descent, as her life is imbued with French culture; She's traveled to France a few times and has a French nanny named Marie-Héelene.

Alberto's younger sister who is three and seven eighths years of age.

Ladonna's younger brother, and D.W.'s newest classmate. The only kid in preschool who can actually cope with the Tibble Twins. 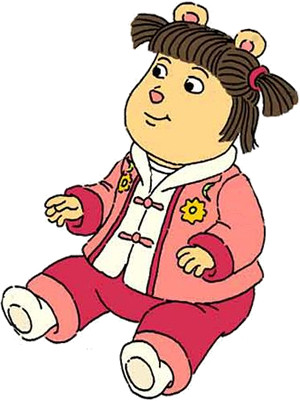 Binky's baby sister. A bear cub, she was adopted from China in season 11. She mostly appears in Kate-related episodes.

A preschool-aged bear cub who only appears in the episode "Best Enemies". Despite having opposite personalities, she and D.W. end up becoming best friends.
Amanda Hulser

Voiced by: Amariah Faulkner (in Season 16)

An aardvark cub and one of D.W.'s schoolmates.