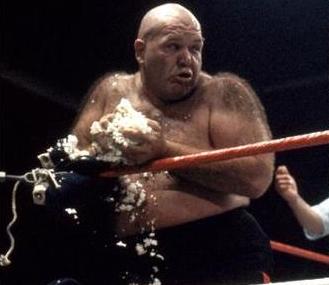 When someone's mental instability, or at least separation from the rest of humanity, is demonstrated by their consumption of food in an unusual manner. Related to Big Eater, Extreme Omnivore, Masochist's Meal. Not to be confused with Conspicuous Consumption or the disease formerly known as consumption.