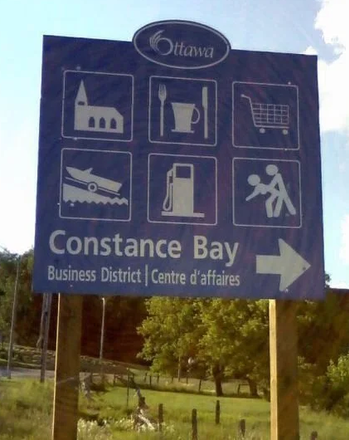 At least it's honest...
"My name is Mary Katherine Blackwood. I dislike washing myself, and dogs, and noise. I like my sister Constance, and Richard Plantagenet, and Amanita phalloides, the death-cap mushroom. Everyone else in my family is dead."
— We Have Always Lived in the Castle
Advertisement:

When a mundane conversation goes bad. You're winding up a boring conversation, and throw in one last thing in there. And that one last thing was praise for the KKK, or a plan to kill the Mayor, or a swear word, when you had been talking about options for where to eat dinner or something.

"So yeah, we'll just run out for pizza, catch a movie, maybe go out for a couple drinks, and lynch that bastard. Sound good?"

Bonus points for the listener asking with a horrified tone "What was that last one again?" and the last harmless option before the horrifying one being repeated instead.

"What, go out for a couple drinks?"

A common variation has one additional, harmless (but often comically inappropriate) item tacked on to the end of the list. This allows other characters to react in horror — to the wrong thing:

Advertisement:
"So yeah, we'll just run out for pizza, catch a movie, murder my next door neighbor, and, if we have time, go skydiving."
"Are you crazy? I'm terrified of airplanes."

This variation also implies that the speaking character knew that the "Squick" item is controversial, and so it is all the easier for the other characters to miss it if they added something else onto the list.

Another variation has a person finding a to-do-list and it will be something like:

A more subtle trick is when the Squick is revealed by a change in the camera shot.

Compare Breathless Non Sequitur, Weird Aside. Subtrope of The Last of These Is Not Like the Others. Sister Trope to Too Much Information and Bread, Eggs, Breaded Eggs (occasionally, this and Breaded Eggs overlap, to make a bad list even worse). Contrast Arson, Murder, and Jaywalking, which is in the opposite order and where the mood is lightened by including something silly. Frequently overlaps with Mood Whiplash.

When this trope name is taken literally, see: Oh Wait, This Is My Grocery List.

Heya Tom, it's Bob from the office down the hall.
Good to see you, buddy. How've you been?
Things have been okay for me, except that I'm a zombie now
I really wish you'd let us in.