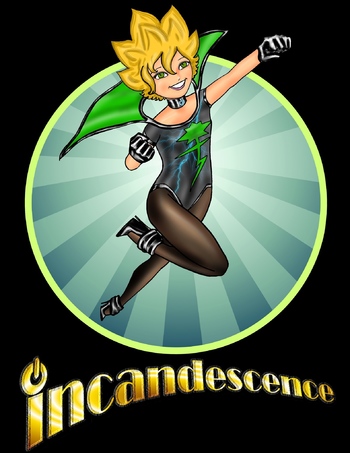 Incandescence is an American comic book series by D. F. Lee, published from 2013 - current. Incandescence is a slacker girl named Audrey Hammond who reluctantly fills the shoes of her super-hero mother and finds that it may actually be what she's best at. It can be found here