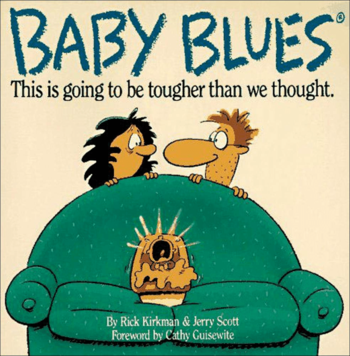 Indeed it will...
Advertisement:

A newspaper comic about parenting, created by artist Rick Kirkman and writer Jerry Scott. Features the typical "nuclear family" set-up, but treats it with a much more realistic tone than most. Usually gag-a-day type four-panel strip with a few running jokes. Jerry Scott is also the co-creator of Zits with artist Jim Borgman.

It was made into an animated prime-time series that debuted on The WB, but canceled after 13 episodes, and wound up as a rerun on Adult Swim.