Syndicates are various groups across the Origin System, caught in the crossfire between Grineer and Corpus. These can be anything from Origin System-spanning resistance groups, to religious groups, to towns, labor unions, or even local gangs. What they all have in common, though, is a shared hatred of the major powers that rule the system, and rewards for Tenno that pledge allegiance and resources to them.

Relay Syndicates are organizations that, for all their Origin System-spanning power, simply don't have quite as much clout as the three big players, but they still make their mark. A complex system of alliances, rivalries, and conflicting ideals prevent them from truly unifying but they do have two things in common: a hatred of the dominant powers of the Origin System and alliances with the Tenno.
General
Steel Meridian 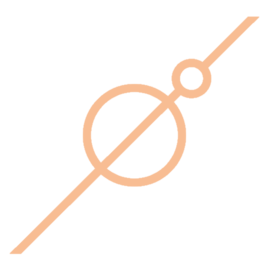 I was wrong about you. You're a hero to these people... And to me.
"This war's chewin' up the weak and innocent. No one stands up for them but Steel Meridian."
— Cressa Tal

A group of Grineer deserters and human guerrilla fighters sworn to protecting the colonies and what few civilians remain. They are led by Cressa Tal, and allied with the Red Veil, but are opposed by New Loka, and enemies of the Perrin Sequence. 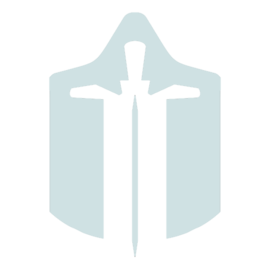 A group of mysterious individuals who believe in finding truth through discipline and practice, rejecting the Tenno's warrior ways. They are allied with Cephalon Suda, but are opposed by the Perrin Sequence, and enemies of the Red Veil. 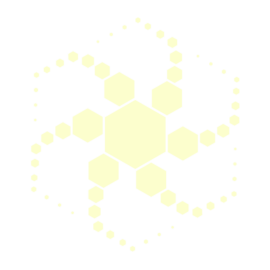 You would make an excellent Cephalon, Tenno!
"You are curious. So am I. Cephalon Suda could help you unfold this strange map of existence."
— Cephalon Suda

A mysterious A.I. with a thirst for knowledge and a hatred of destruction. She is allied with the Arbiters of Hexis, but opposed by the Red Veil, and enemy of New Loka. 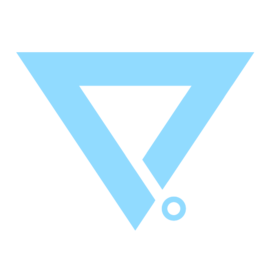 We stand behind you. Let's build a brighter future!
"The Perrin Sequence reject the Corpus doctrine that conflict is opportunity. We see the numbers differently. A shared prosperity can bring a shared peace."
— Ergo Glast

A group of rogue Corpus traders and scientists who believe in achieving peace through economic restoration of the Origin System. They are led by Ergo Glast, and allied with New Loka, but are opposed by the Arbiters of Hexis, and enemies of Steel Meridian. 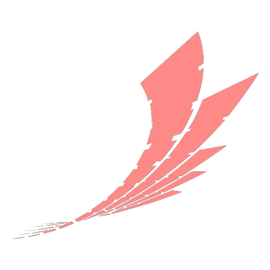 You are a fire: As feared as you are respected.
"The old ways speak of a cleansing fire. We of the Red Veil must burn away this corruption to begin anew."
— Red Veil Representative

The Red Veil Resistance are a group of (apparently) humans who fight against the Grineer and Corpus much like the Tenno do, and are one of the several "Syndicates" added in Update 15. They first appear after the Grineer captured some of their members for hostages and imprisoned them in high-security jails with elite wardens with orders to trigger execution systems in their cells if any rescue attempt is made. They call for aid from the Lotus and the Tenno to save their imprisoned comrades.

The Red Veil's ultimate goal is to purge the whole of the Origin System of the corruption they see everywhere. No cost is too great, no blood is too precious. They are led by Palladino, and are allied with Steel Meridian, but are opposed by Cephalon Suda, and enemies of the Arbiters of Hexis.

The Holy Speaker of the Veil, Palladino is the latest in a line of clairvoyants who commune with the spirit of Rell, a forsaken Tenno child who founded the Red Veil. 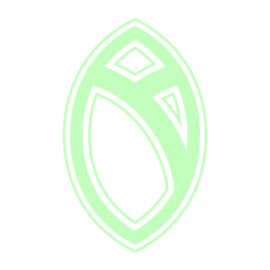 Your humanity is a beacon for all!
"New Loka believes true humanity is the only way to cleanse ourselves of this suffering."
— Amaryn

Naturalists who believe the key to peace is the restoration, body and soul, of Earth and the original human form. They are led by Amaryn, and are allied with the Perrin Sequence, but are opposed by Steel Meridian, and enemies of Cephalon Suda. 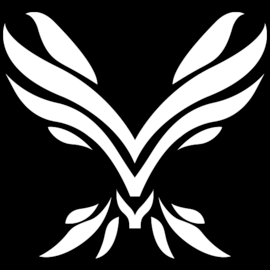 Well met, Master! You bring honor and fear to The Conclave. 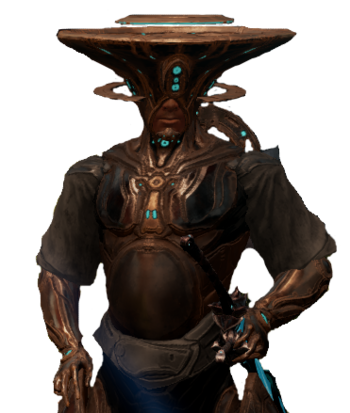 "You must prepare. You must accept The Conclave. Let it be your teacher and I its humble guide."
"A warrior only grows if they face the ultimate enemy: Themselves."
— Teshin

The Conclave is a neutral faction led by Teshin, a mysterious figure from the Orokin era. Teshin believes that following the Lotus makes the Tenno 'complacent' and unprepared for the powerful threats outside the solar system; as such, he hosts the game's player-versus-player segment, the Conclave, where Tenno face each other in battle to improve their skills. 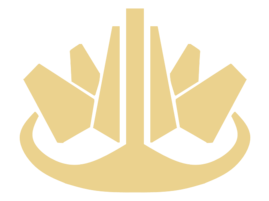 I can see you are hungry for the knowledge of the Sanctuary!
"Through synthesis we can rebuild and preserve. Create memory-immortals within this data oasis. Will you become enlightened, Tenno? Will you hunt for me?"
— Cephalon Simaris

Cephalon Simaris is an Artificial Intelligence who operates the Sanctuary, a 'data-oasis' that, via a process called Synthesis, living creatures can be uploaded into as data. Simaris seeks to immortalize creatures across the solar system, and calls on the Tenno to use his provided scanning devices to hunt and capture valuable specimens and preserve them in his Sanctuary.

Colony Syndicates don't have the reach of the Relay syndicates, but they do serve as your best allies in spaces overrun by Grineer and Corpus. 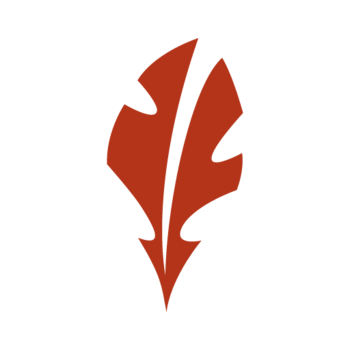 We have had, and shall have, a long association, Tenno. I know our conversations well. Sho-lah.
"From memories of a past that has yet to be, the Unum knows you as a terror to the Eidolons. This has been waiting for you, to deliver upon them a terrible ruin."

The Quills are a mysterious organization who have a representative in Cetus. They can tell the paths of the future, and serve something called the Unum, an apparently religious deity.

The Ostrons
See "Cetus" on the Colonies page.
Solaris United 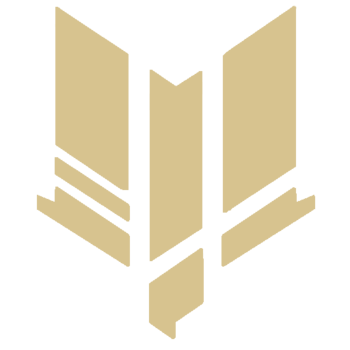 We all lift together.
"We are the used. The mutilated. The indebted. We are Solaris United."
—Vox Solaris

A Syndicate in the Venus open-world environment, a network of guerrilla fighters and covert agents fighting to liberate the Solaris colonies on Venus that are enslaved by the Corpus. Their primary contact with the Tenno is Eudico, the head of the Fortuna colony.

For information on the colony, see "Fortuna" on the Colonies page.

Ready to dance on some faces?
"Well, well, well. Another Tenno. This ain't my usual line a work, y'understand. I'm not from around here. But I got a fast tractor and know how to jump a rail, so a friend in Cetus set me up with all this. Name's Little Duck: Fortune hunter, rail agent, and the girl your mumsie warned you about... And now, somehow, the local Quill-endorsed purveyor of Amps and assorted paraphernalia. So, what'll it be?"
—Little Duck

Vox Solaris is the persona used by Fortuna's floor boss - Eudico - to serve as the Voice of the Resistance within Fortuna, making sure Nef Anyo can't rest easily on his laurels and keeping the rest of the Solaris peoples' hopes up via Solaris United. However, it also refers to a more secretive group within Solaris United, which only a few people - namely, Eudico, The Business, Little Duck, and the player - know about. While they plan out heists and plots to further sabotage Nef's efforts within the Orb Vallis, Little Duck also serves as a liaison between Vox Solaris and the Quills; providing Tenno Operators with unique equipment in exchange for mysterious devices scattered throughout the Vallis called "Toroids".

Their representative to the Tenno is Little Duck.

Ventkids
"We Ventkids. No mumsie-dadsie for us. No biological kin, just our logical kin. This here's me logical-bro, Boon. He runs the Kubrodons, scores the parts. I run the Vent Pobbers, we make the boards. You buyin'? Need a plank? Once a cycle I got something dog. Best prices too, glinty. Mates rate, chek?"
—Roky

A group of Solaris orphans who have bonded together within the network of ventilation shafts around Fortuna, the Ventkids serve primarily as the means through which players can obtain their own K-Drives, Hoverboards designed to traverse the Vallis quickly and stylishly. Their main contacts with the Tenno are Roky, who runs the "Vent Pobbers" group that assembles K-Drives for themselves and their Tenno allies, and her "Logical-Bro" Boon, who heads the "Kubrodons" group that steals the parts needed to assemble K-Drives and also organize "Time Trials"-style K-Drive Races throughout the Vallis. When they're not scrounging through Nef's coffers for K-Drive parts or testing out their latest boards, they fill up the vents they live in with the sounds of their own, heavily percussion-oriented music, called "Skeg" - much to the annoyance and chagrin of the other Solaris outside.

The Entrati
A family of Orokin researchers living on Deimos, where they work tirelessly to keep the Grey Strain of the Infestation in check - and trying not to strangle each other.
Necraloids
The robotic servants of the Entrati family, the Necraloids have served their masters for generation, with their representative, Loid, maintaining this servitude in modern times.