They were the opponents of the Orokin Empire during the war. They had undulating Worm Ships with fearsome firepower, and could subvert any Orokin technology. Only the Tenno and their mastery of the Void and ancient weaponry could hope to match them.
General 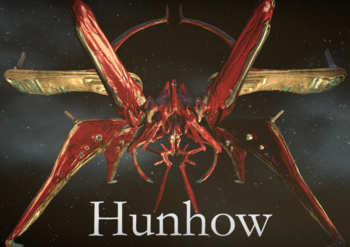 The leader of the Sentients in the Origin System who was sealed in a tomb on Uranus. Tyl Regor wakes him up during the Natah quest, nearly dooming everyone in the process. Still at large somewhere...
The Eidolons
Once a Sentient fleet mind that assaulted the Unum's tower, it was killed by the original Gara. Its fragments still haunt the land near Cetus, giving them the name Plains of Eidolon. Known variants include Teralysts, Gantulysts and Hydrolysts.
Ropalolyst
A flying Sentient construct that is seen within the gaseous atmosphere of Jupiter, seen around the Corpus gas cities where it can be fought. It appears to be some sort of liason between the Sentients and Alad V in their cooperation. Drops parts for the Wisp warframe.
Erra
Natah's 'brother' and one of the Sentients that attacked the Origin system. He first appears in the eponymous quest of the same name, in a flashback to the Old War when he was assaulting Lua.