Characters / The Legend of Zelda: Breath of the Wild: Link and Zelda

A page for Link and Princess Zelda, the two main protagonists of The Legend of Zelda: Breath of the Wild. For more combat tropes and their depiction in the prequel game, please see the Age of Calamity character page instead. 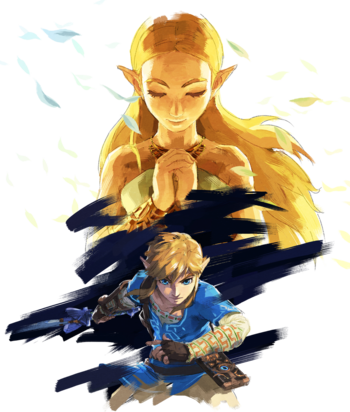 But hope survives in Hyrule, for all is not lost,
Two brave souls protect it, no matter the cost.
A goddess-blood princess and a fearless knight,
They appear in each age to fight the good fight.
"One hundred years ago, there was a princess set to inherit a sacred power, and a skilled knight at her side."
— King Rhoam Bosphoramus Hyrule
Link

Link, the Hero of the Wild 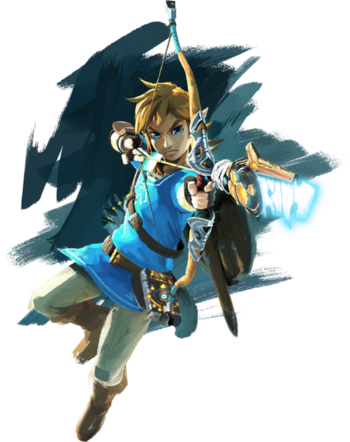 "Link... You are the light — our light — that must shine upon Hyrule once again."
Voiced by: Kengo Takanashi, Takashi Ōhara (Mario Kart 8 Deluxe)

The latest incarnation of the Legendary Hero that has saved Hyrule countless times in the past. A mysterious young man who wakes up in an isolated chamber, devoid of any recollection of why he was there. Upon leaving, he finds himself in a land that was parched by a great evil over a century before. He sets out on a quest to destroy the one who wrought the havoc on the land and a discovery of his true self. 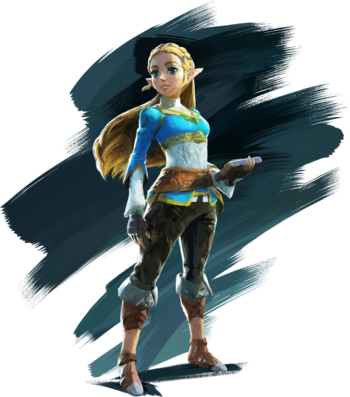 "Prayer will awaken my power to seal Ganon away... Or so I've been told all my life..."
Click here to see Zelda in her formal dress 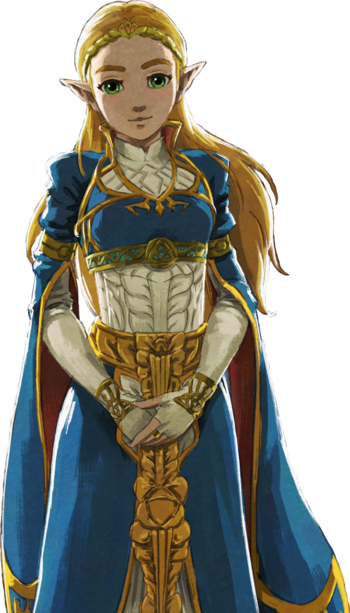 The latest Princess of Hyrule, a kingdom that has now fallen into ruin. She is the voice that guides Link after his hundred-year slumber and the only one holding Calamity Ganon at bay. As Link begins his quest to save Hyrule, he begins to regain his memories relating to Zelda and her past.