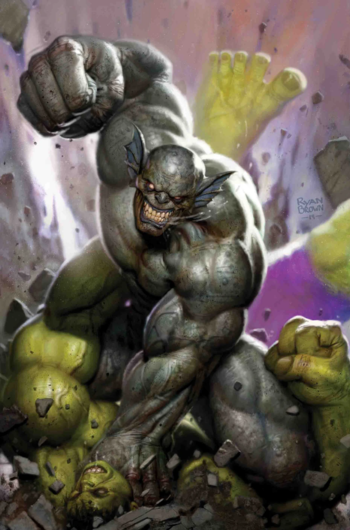 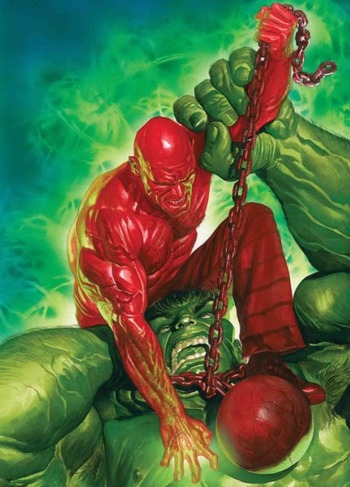 See the The Mighty Thor Enemies page for more info. 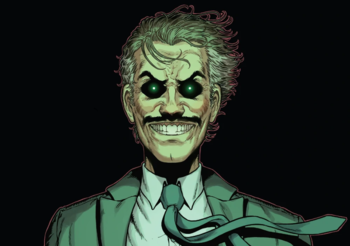 Bruce's deceased father. The horrific abuse he gave him as a child, coupled with the violent murder of Bruce's mother, was responsible for fracturing Bruce's psyche and therefore the path that led him to becoming the Incredible Hulk. He himself was killed by Bruce (possibly by accident) during a confrontation, ironically on the anniversary of his mother's death. On a personal level, he is Bruce's very first enemy, and remains one of his greatest foes even though he's long-dead. Part of it is due to Bruce/Hulk's difficulty of dealing with the abuse he suffered at a young age. The fact that he actually does come back to plague him again doesn't help matters. 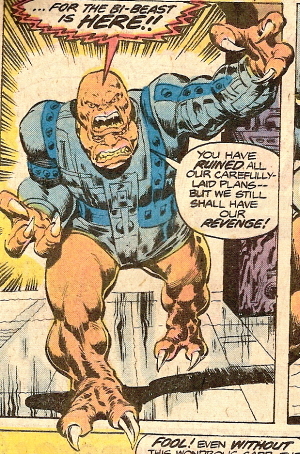 A giant two-headed android living on a floating island in the sky, and containing the knowledge of the bird people that built it. 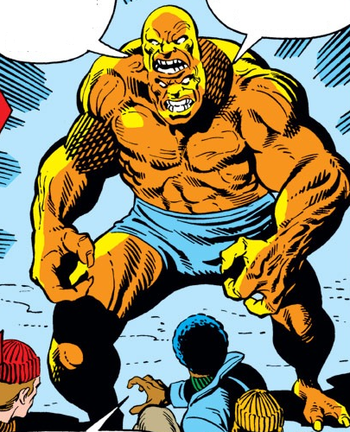 A soldier under General Ross's command, and Bruce's rival for Betty's affections. Despite the fact that he was an utter dick. Eventually killed in action trying to kill the Hulk, but he did score a crippling blow when he learned that Bruce Banner physically changed into the Hulk and told his superiors. 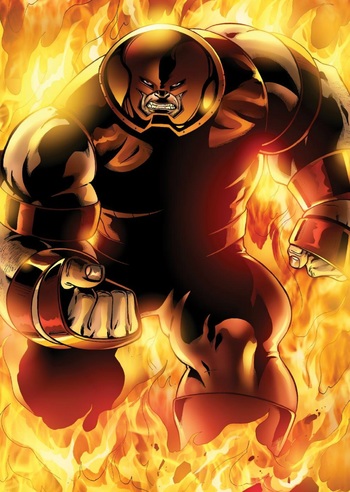 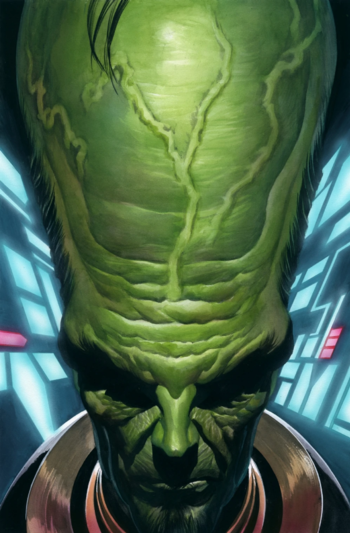 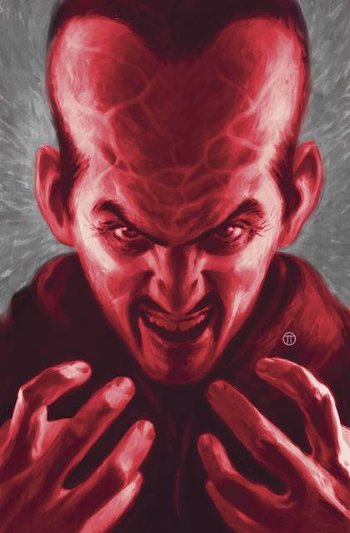 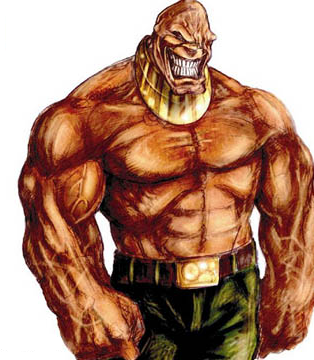 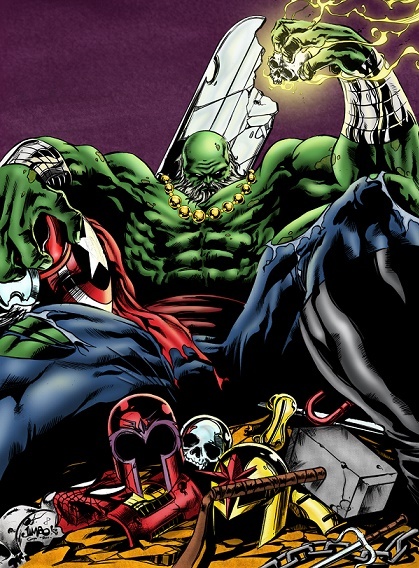 A missionary of extraterrestrial origin who takes it upon herself to kill those who don't have the strength to commit suicide out of despair, thinking she's doing them a favor. 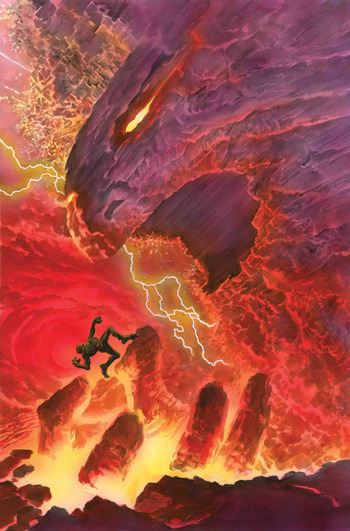 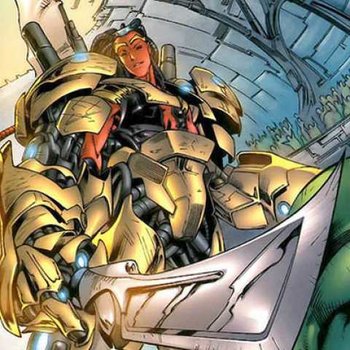 The emperor of the planet Sakaar who took it over after making himself look like a hero. 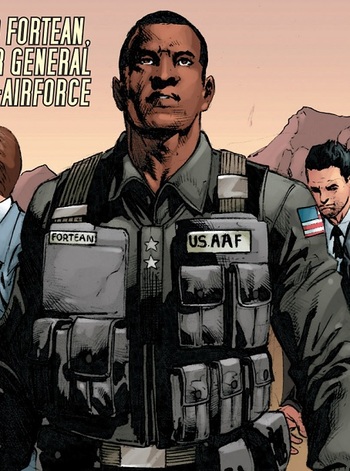 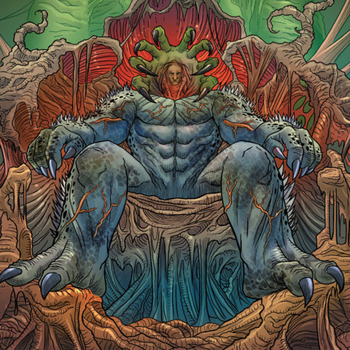 A general who was originally one of Ross's proteges and served under him in the past. After believing Red Hulk killed General Ross, he vows to hunt down and kill Red Hulk. He later clashes with Betty Ross as the Red She-Hulk and is one of the main antagonists of the Immortal Hulk series. 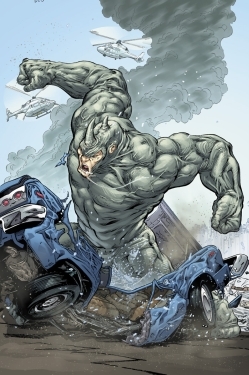 A Rhinoceros-themed Russian villain primarily known as a foe of Spider-Man, but between his first few appearances and the early eighties he almost exclusively battled the green goliath. He also derives his strength from Gamma rays.See here for more info.
Ringmaster 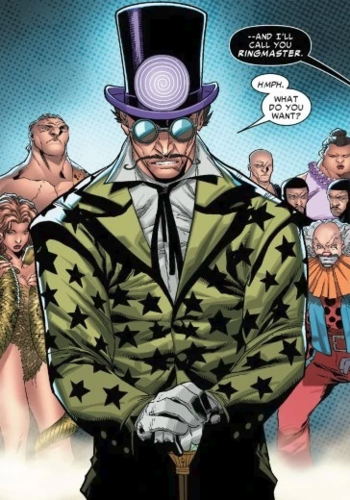 See the Circus Of Crime for more info.

Ross, one of the arch-enemies of the Hulk, is a United States military officer, the father of Betty Ross, ex-father-in-law of Glenn Talbot, father-in-law of Dr. Bruce Banner, and was head of the Gamma Bomb Project that turned Banner into the Hulk. After the creation of the Hulk, Ross pursues the creature with a growing obsession, and after learning that Banner and the Hulk are one and the same, Ross hunts Banner as well. In 2008, Ross was transformed into the Red Hulk in order to better combat his nemesis. See Red Hulk for more info.

A former Roman Emperor who tried to take over Camelot during Arthurian times, but was defeated and exiled by Merlin in the underground world of Subterranea. There, he ended up becoming the leader of a species of orange-skinned, semi-humanoid creatures, and a fountain of youth he used to become immortal. He now aspires to conquer the surface world using all the things he has acquired. 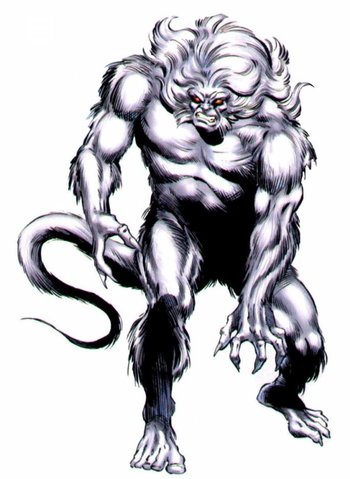 A mythological hulking beast that roams the Canadian wilderness, attacking and ingesting those unlucky enough to cross it's path. 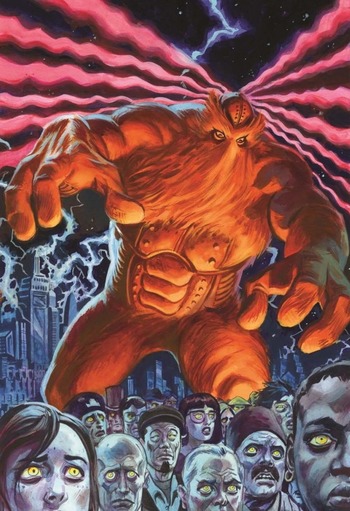 Xemnu is an alien who has attempted to conquer the Earth several times. He has the ability to mind control others to do his tasks. 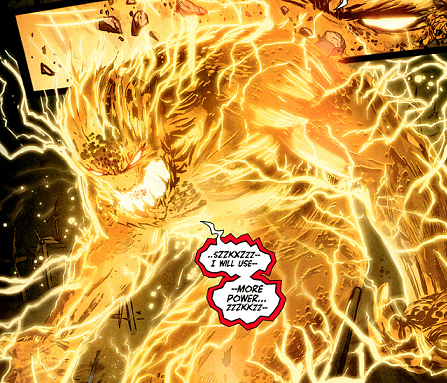 A humanoid creature entirely made of electricity created accidentally after an attempt to sabotage a nuclear power plant in New York City. Aside from insanely powerful electric powers, Zzzax can feed on brain electricity, killing his victims and temporarily taking on their personality traits in the process.