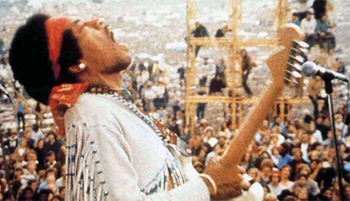 "Picture this:
Fifty billion rainbows
And the sun is setting
And the moon is setting also
And you're there in a gazebo
And then God descends from heaven
And he gives you a million dollars
Take that feeling
And put it into a song"
— Tobuscus, "Dramatic Song"
Advertisement:

Hold those lighters high for these Moments of Awesome in the world of music.

Bands and artists with their own pages: