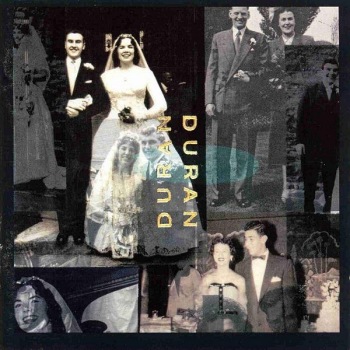 I turned on the lights, the TV, and the radio, still I can't escape the ghost of you.
Duran Duran's 1993 self-titled album, which is best known by fans as The Wedding Album, with its cover featuring wedding photos from the parents of the four band members. The album was a major comeback for the band following the relative disappointments Big Thing (1988) and Liberty (1990) and spun off the international top 10 hits "Ordinary World" and "Come Undone".

For the album by John Lennon and Yoko Ono, see Wedding Album (1969).