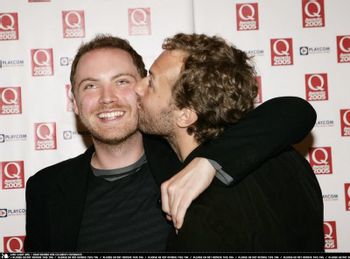 Maybe they're doing it for fans?
Compare examples of Ho Yay in other media.

These examples have their own pages:

The person bathing on the roof is probably intended to be Bathsheba, and the person watching David (as mentioned in the first verse "that David played and it pleased the Lord"). In the verse beginning "you saw her bathing on the roof", it's an omniscient narrator singing. Isn't it? Honestly, half the verses in that song could be about anything.