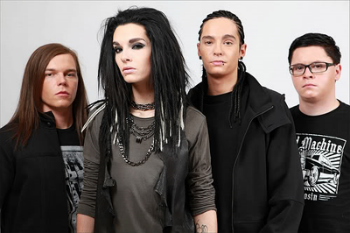 Tokio Hotel is a rock band from Magdeburg, Germany. They are made up of identical twins Bill (vocalist) and Tom (guitarist) Kaulitz, drummer Gustav Schäfer and bassist Georg Listing. Although first formed in 2001 under the name Devilish, they received international mainstream success in 2007 after the release of their second German album Zimmer 483 and their first English album Scream.

due to their catchy sound and, er, unique visual appearance. That was, of course, until the the Internet got a hold of them. Or a hold of Bill, at least.