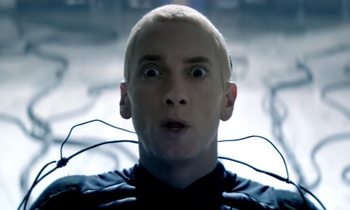 ”Lyrics comin’ at you at supersonic speed...”