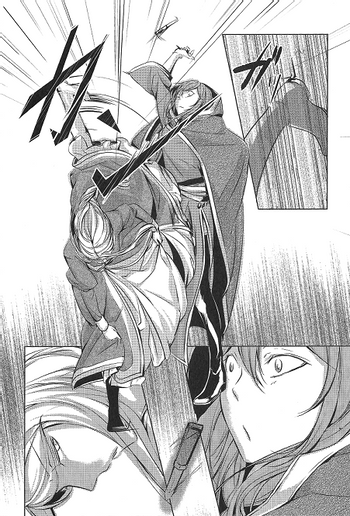 "You've got a sick kicking technique."

As you'll see shortly, Bolganio is a world of badass mages, gods incarnate and demonically possessed nobles...with the occasional Badass Normal or two.