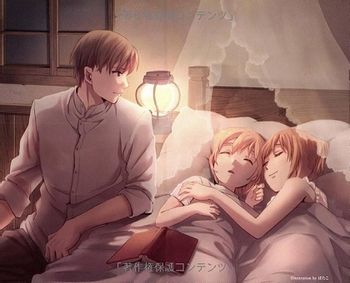 The Avadonia family, proof that Parental Substitutes can be just as loving.
Advertisement:

mothy shows that in the Evillious Chronicles, past all the tears and the evil and death, there's still a lot of moments that will make you go "b'awwww."