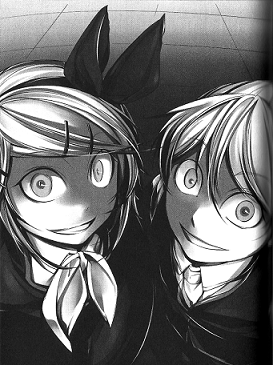 "Where are you going with that glass, Mr. Grapple?"
Advertisement:

From cannibalism to rape to just plain old demonic possession, there's a wealth of creepiness to be had in this series...