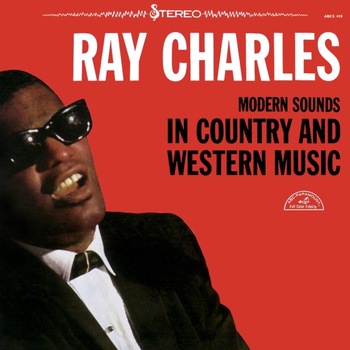 Modern Sounds in Country and Western Music is a 1962 music album by Ray Charles, often regarded as one of the best — if not the best — of his studio efforts. At the time, however, it was considered to be somewhat of a risk, because of fears that Charles' experimentation with Country Music would alienate his older fans. The Cover Album nevertheless became a critical and commercial success and broke down racial barriers between white and black audiences, as well as between fans of either only country and R&B.