Character page for major villains that Elena and co. has had to face. 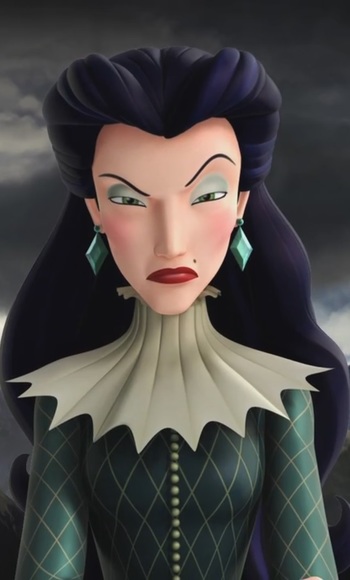 Voiced by: Jane Fonda
Voiced in Japanese by: Romi Park
Appearances: Sofia the First | Elena of Avalor
"Some inherit their kingdoms, others have to take it by force."

An Evil Sorceress from the Northern Islands. Forty-one years ago, she killed King Raul and Queen Lucia and forced the royal family into hiding while she took over Avalor, until Princess Elena returned and defeated her. 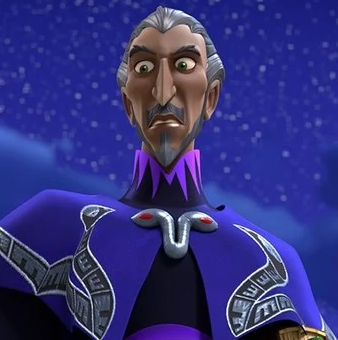 A malvago (Evil Sorcerer) who was once in the running for the kingdom's royal sorcerer. After Alacazar was chosen instead of him, he became Alakazar's worst enemy. He returns in the present to steal the Codex Maru, Alacazar's spellbook.

See his entry on the Outsiders character page.
Victor Delgado 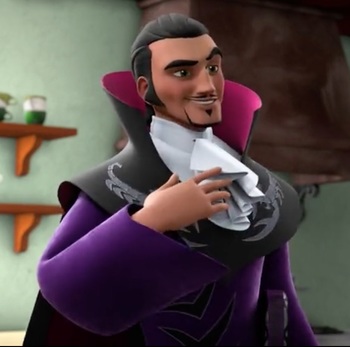 Voiced by: Lou Diamond Phillips
"Avalor will already be ours, and they will all regret the day they wronged Victor Delgado!"

The son of the former royal treasurer under King Raul. He was a childhood friend of Esteban and the two worked together with Shuriki to overthrow the king and queen until Victor and his family were banished by her instead. Now that Shuriki is gone, he returns to Avalor with his daughter Carla to steal Queen Lucia's tiara... 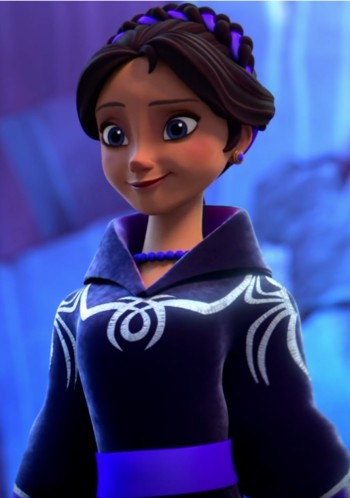 Voiced by: Myrna Velasco
Voiced in Latin American Spanish by: Jocelyn Robles
"I can play him like a violin."

Victor and Ash's daughter. Raised to be evil like her parents, she gleefully participates in their schemes.

See his entry on the Civilians character page. 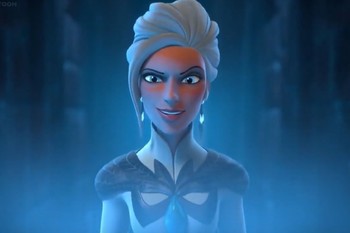 "I'll be the one and only!"
Voiced by: Grey Griffin
Voiced in Japanese by: Rei Furukawa
"In this world, power is all that matters."

Victor's wife and Carla's mother. Greedy and power-hungry, she seeks to become the most powerful malvago to have ever lived, even if it comes at the expense of her family and allies.

A shapeshifting sorcerer and Ash's mentor.

For his page, see Esteban.
Tito

A bandit with a magical guitar that he uses to scam and rob towns with his magically alluring music. 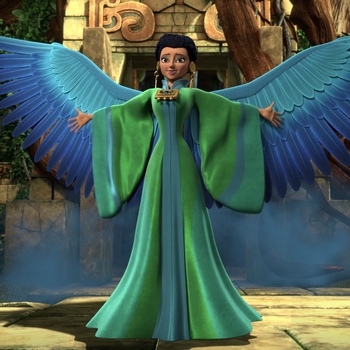 An ancient winged sorceress who specialized in creating monsters. She was eventually banished from Vallestrella and sealed away by the Maruvians a long time ago. 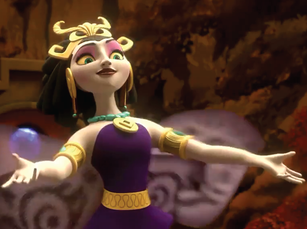 A moth fairy who wants to bring eternal darkness to the world using the Eye of Midnight. She was trapped in the Spirit World by the Maruvians using the Scepter of Light, but returns in the present day by a solar eclipse. 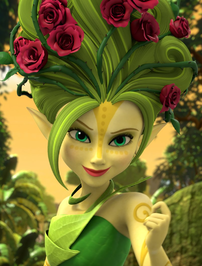 A rogue forest sprite sealed away in the Realm of the Jaquins for wanting to overrun Avalor with plant life. Victor and Carla freed her under orders from Shuriki, but she was sealed away again by the efforts of Elena and company. 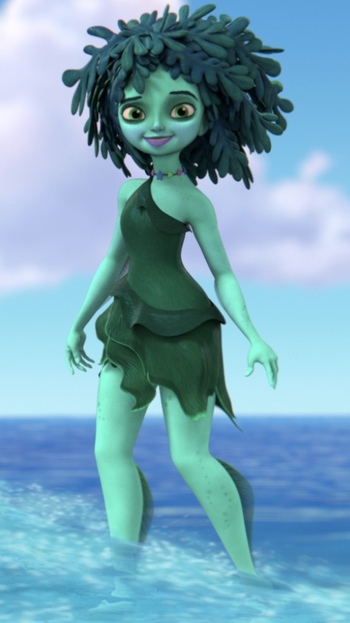 A cursed sea nymph, a legend in Norberg tales for having been exiled by her people to the remote Foglands in the middle of the ocean.

A rogue puma chanul who wanted to ruin Dia de Los Muertos by shutting the portal between the Spirit World and the living world. 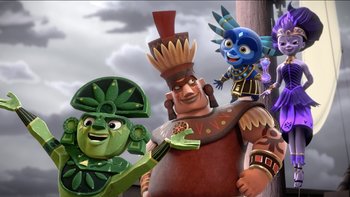 A group of legendary spirit misfits, who used to be known as the Shadows of the Night.

Tropes that apply to Cahu, the Time Shade

Tropes that apply to Vuli, the Chaos Shade

Tropes that apply to Yolo, the Animal Shade

Tropes that apply to Hetz, the Weather Shade 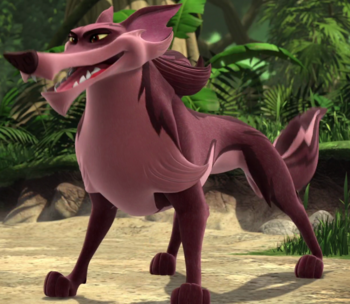 A mystical coyote who schemes to become king of the Avaloran jungle. He was kicked out for his actions years ago, but returns in the present to cause trouble. 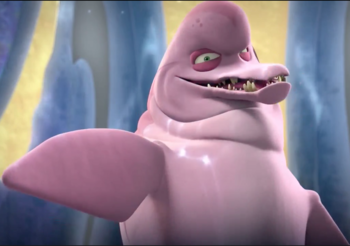 A two-headed ocean beast that wants to rule Avalor.

A monster that is accidentally released by Rafa. 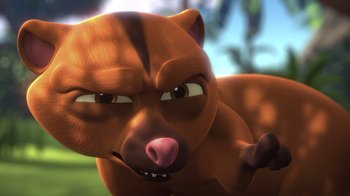 A creature that spreads fires wherever it goes.

A creature that curses people with nonstop laughter that can only be lifted by a certain phrase. It was sealed away with Chatana and Pili by the Maruvians. 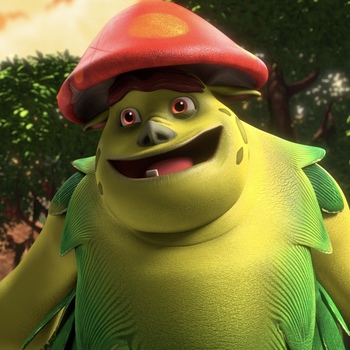 A monster imprisoned in Vallestrella a long time ago. Humans accidentally freed him, causing outsiders to be banned from visiting Vallestrella. 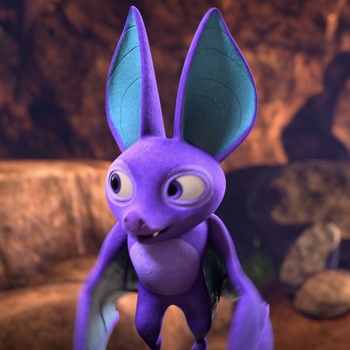 A magical crystal bat that bothers sailors and is recruited by Ash.

A water spirit accidentally summoned into existence by Olivia.