Tropes applying to all dorms/students
Advertisement: 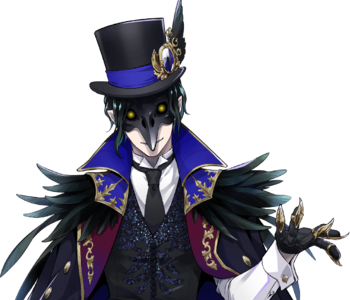 Voiced by: Mitsuru Miyamoto
Twisted from: Diablo from Sleeping Beauty

The headmaster of Night Raven College. He's the one who takes in the protagonist after they fall into Twisted Wonderland, giving them a place to stay and enrolling them in Night Raven College while he searches for a way to send them home. 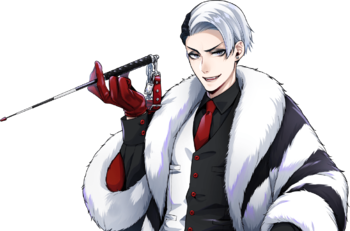 The science teacher at Night Raven College, teaching subjects such as magic pharmacy. He also has a knack for fashion. 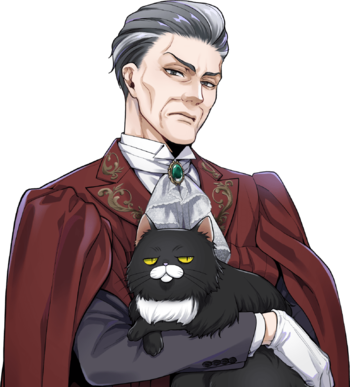 The literary teacher at Night Raven College, teaching subjects such as the history of magic. He's a strict disciplinarian and owns a cat named Lucius. 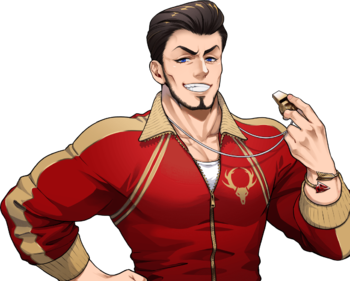 Voiced by: Ryota Takeuchi
Twisted from: Gaston from Beauty and the Beast 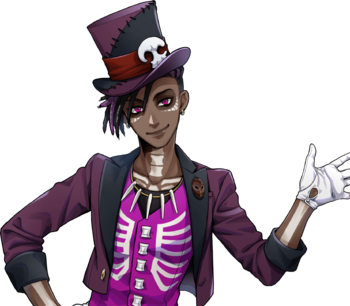 Voiced by: Subaru Kimura
Twisted from: Dr. Facilier from The Princess and the Frog

The owner of Mr. S's Mystery Shop, a store on campus that sells a variety of products from magical stones to raw eggs.

The Great Seven
The founders of Night Raven College. They are the seven villains of Classic Disney's movies: The Queen of Hearts, Scar, Ursula, Jafar, the Evil Queen, Hades, and Maleficent. Not much is known about them other than Ace's description of them in the prologue, as well as visions seen by Yuu. 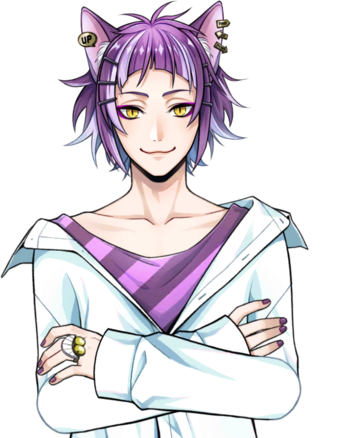 Riddle and Trey's Childhood Friend. He first shows up in Chapter 1 of the main story. Later it's revealed that he goes to Royal Sword Academy, Night Raven College's rival school. 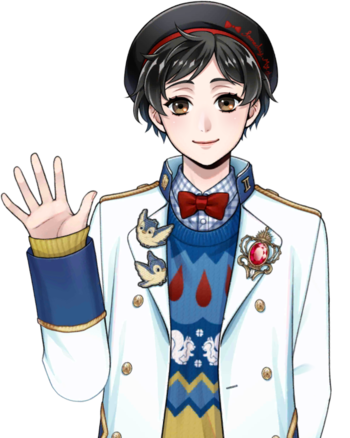 A Royal Sword Academy student introduced in Chapter 5 of the main story. Vil sees him as a rival for the title of most popular MagiCam influencer in Twisted Wonderland.

Dwarfs
Twisted from: The Seven Dwarfs from Snow White and the Seven Dwarfs
They are dwarf Royal Sword Academy students introduced in Chapter 5 of the main story.

Tropes applying to the dwarves in general 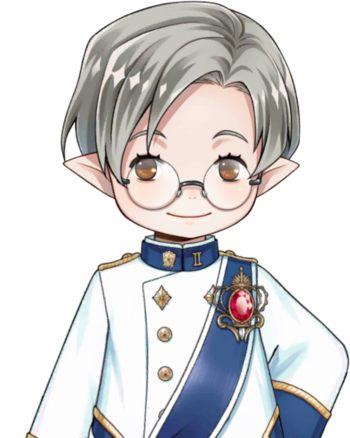 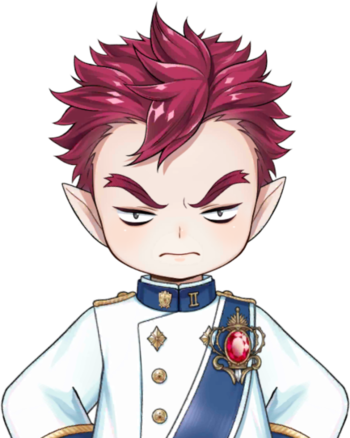 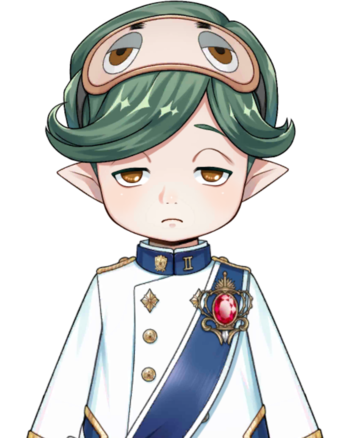 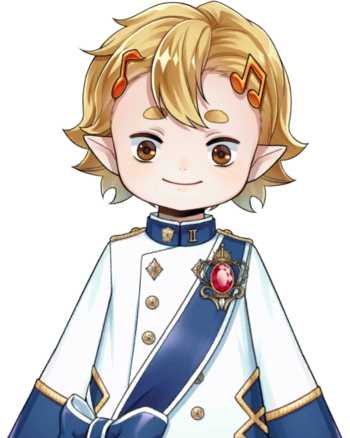 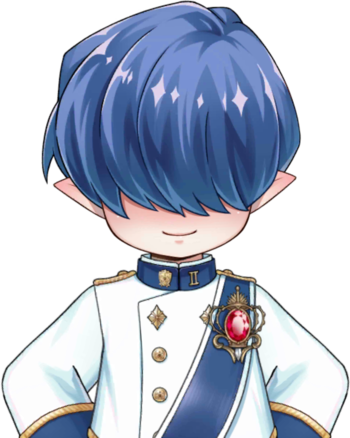 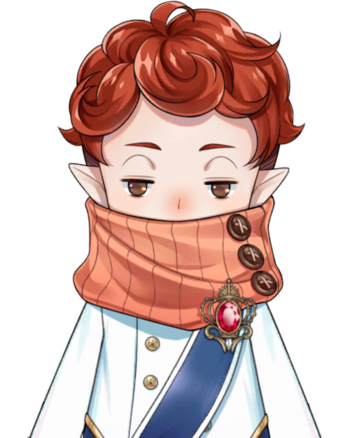 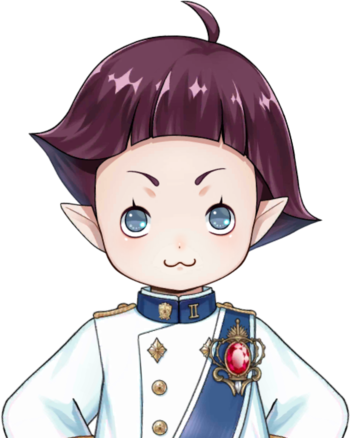 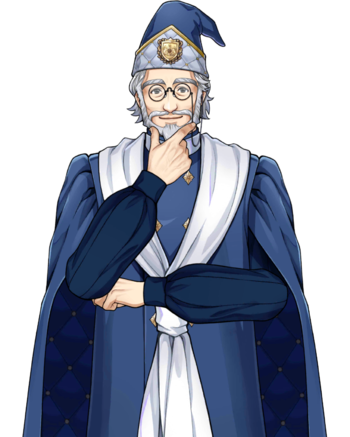 Voiced by: Kazuhiko Inoue
Twisted from: Merlin from The Sword in the Stone
The headmaster of Royal Sword Academy. He is introduced in Chapter 5 of the main story. 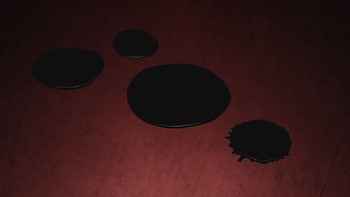 The blot as shown in the main story.
Faceless Monster 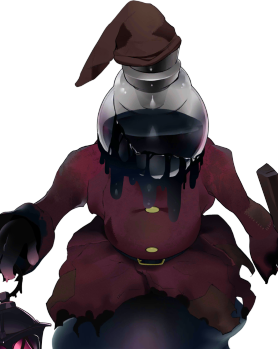 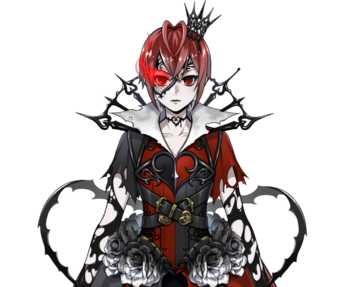 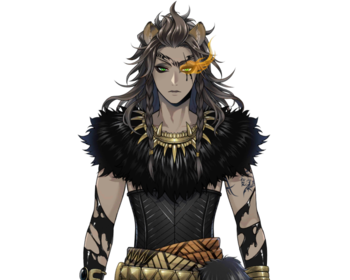 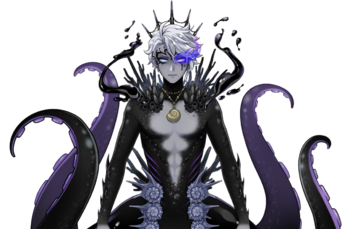 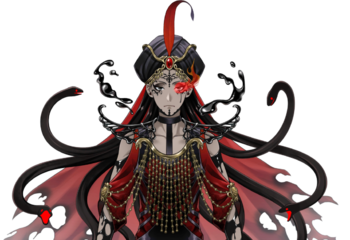 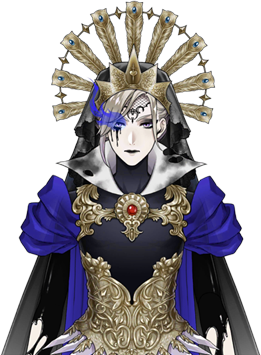 The form taken by those who overuse their magic and let their negativity "blot" their wands. Their aura and appearance is mostly pitch black. What's more, an entity appears alongside them, having a stitched-together body and head of glass leaking ink.

Currently, six known cases are shown:
"Magicam Monsters"
A term used by the students to denounce the obnoxious guests who leave a mess on Night Raven Academy for the sake of likes on Magicam during the "Scary Monster" event. They serve as the antagonizing factor throughout the "Scary Monsters" event.
Eliza 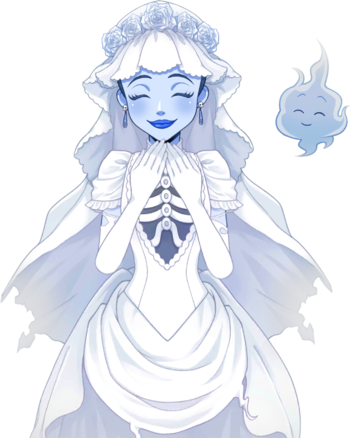 The ghost bride
Twisted from: The Ghost Bride from The Haunted Mansion

The deceased princess of a kingdom betrayed and ruined in war. Her dream of marrying her ideal prince was never fulfilled in life, and she and her ghost retainers visit Twisted Wonderland every year to search the world of the living for a man who meets all her requirements. She is introduced in the Ghost Marriage event. 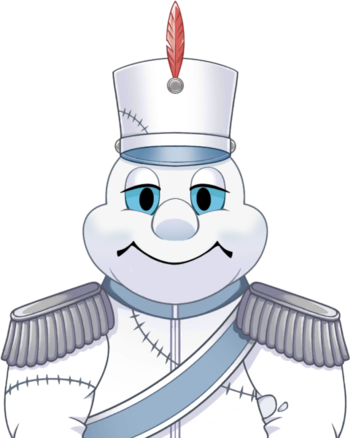 Voiced by:
Twisted from:

One of the ghosts that appeared during the Ghost Marriage event. He's known Eliza for over 500 years and has been pining over her for just as long, though she only views him as a loyal friend... until the end of the event, that is.

An organization that is not associated with any particular government or country with a focus on investigating blots and Overblots in general. In response to this, they have authority on capturing certain overblotted individuals for their investigations, with some meeting a grim fate. They are led by the Shroud family, a branch family of the Jupiter family and located in Isle of Lamentation. They serves as an antagonist group in Chapter 6.

Riddle's mother, who debuts in a flashback during part 25 of episode 1. 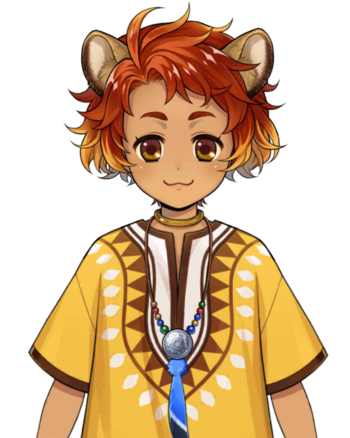 Voiced by: Mei Shibata
Twisted from: Simba from The Lion King (1994)

Leona's nephew and the heir to the throne of the Afterglow Savannah after his father. He first shows up in part 30 of Chapter 2.

Farena
Voiced by: Yasuhiro Mamiya
Twisted from: Mufasa from The Lion King (1994)

Leona's older brother and the father of Cheka. He debuts in a flashback sequence during Episode 2 part 27, however unlike his son, he has yet to be given an official design. 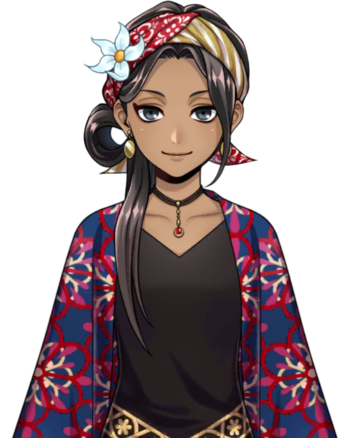 Voiced by:
Twisted from: Nasira from Disney's Aladdin in Nasira's Revenge

The One Thru the Mirror (Unmarked Spoilers) 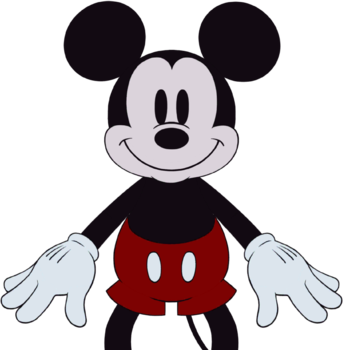 Mickey Mouse himself, who has been trying to communicate with Yuu through Ramshackle dorm's mirror. He first shows up towards the end of Chapter 3 after the chapter's conflict with Azul and Octavinelle dorm has been settled, and then again slightly before Chapter 4's end where he formally introduces himself to Yuu. His full appearance is then shown in the middle of chapter 5, while dealing with Vil and Pomefiore dorm.

Fairies
Voiced by:
Twisted from: ???
Tiny fairies that are in charge of keeping the schools climate in balance. They show up infrequently performing school maintenance in the story and become the passive antagonists of the Fairy Gala event.
Koito Saya
Grade: First Year 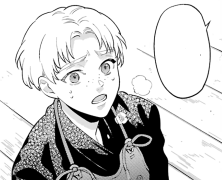 A first year student of Hibari Municipal high school and member of kendo club. He is a manga exclusive character who first introduced in the story Disney Twisted Wonderland - Episode of Heartslabyul.