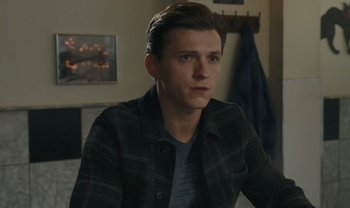 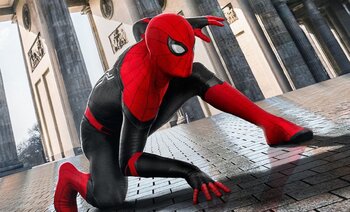 "You can't be a friendly neighborhood Spider-Man if there's no neighborhood."
Advertisement:

"When you can do the things I can do, and you don't, and then the bad things happen... they happen because of you."

After getting bitten by a scientifically-altered spider, Ordinary High-School Student Peter Parker gained the ability to crawl on walls and sense nearby threats, along with enhanced strength and agility. Peter initially plans to use these powers for personal gain. But when his uncle, Ben Parker, is shot and killed by a criminal that Peter could have stopped, the teenager learns that with great power comes great responsibility and vows to protect others as the superhero Spider-Man.

A few months after his Superhero Origin, Spider-Man gets drafted into a conflict between the Avengers by Iron Man, gaining a new suit in the process. While seeking to prove that he's good enough to join the Avengers, Peter is able to take on a smaller threat on his own, proving his worth. However, Peter ultimately turns down the offer to become an Avenger, realizing that he can do more good stopping crime in New York City, which is an area that the Avengers can't usually cover... But when an alien invasion threatens New York once again, Spider-Man is officially inducted into their ranks by Iron Man. 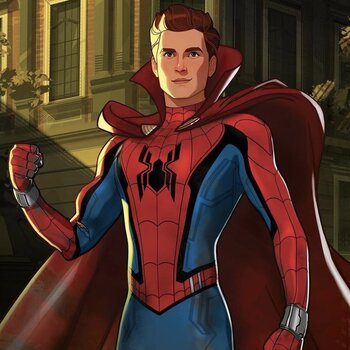 A Variant of Spider-Man who is a member of a group of survivors in a Zombie Apocalypse. 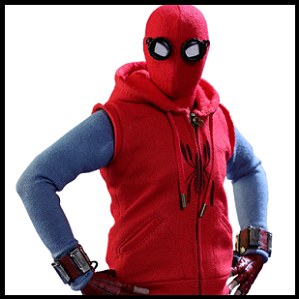 Spidey's first suit, cobbled together on a shoestring budget.
StarkTech 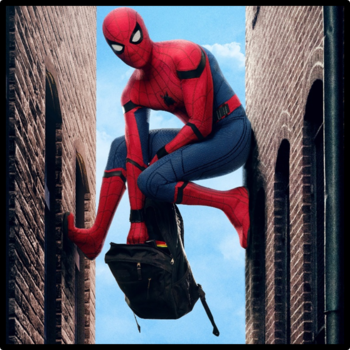 An advanced combat suit developed by Tony Stark as an upgrade for the young hero, to ensure he could keep up during the events of Civil War.
Iron Spider 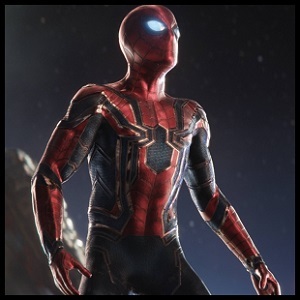 A second StarkTech suit, intended as a "Welcome to the Avengers" gift. Tony kept it after Spidey turned down his initial offer to join the team, but eventually gave it to him in Infinity War.
Stealth 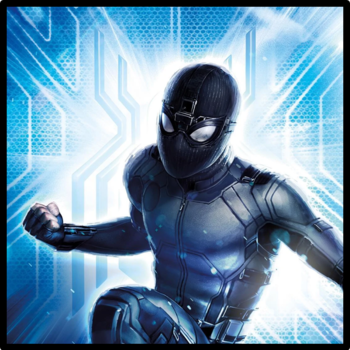 A covert-ops suit designed by S.H.I.E.L.D. both for practical purposes and to help protect Peter's anonymity.
Upgraded 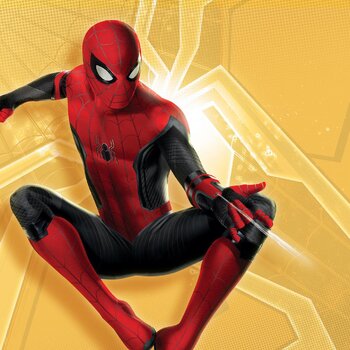 Back in black.
Version 1 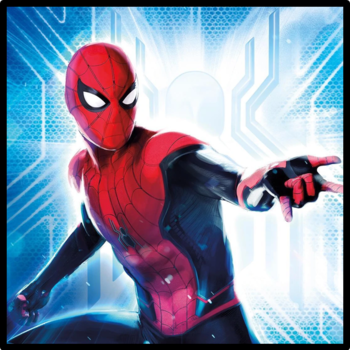 Appearances: Spider-Man: Far From Home | Venom: Let There Be Carnage note  In The Stinger | Spider-Man: No Way Home

The fifth suit, and the first high-tech suit of Peter's own creation.
Avengers CAMPUS / Zombie Hunter

Appearances: Disney Theme Parks | What If...?

The suit that Zombie Hunter Spider-Man wears in an alternate timeline.
Gold 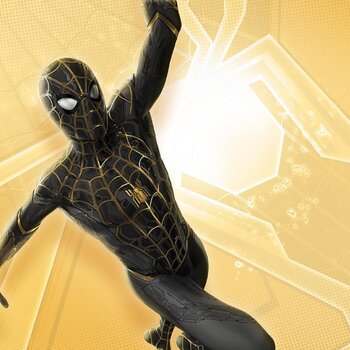 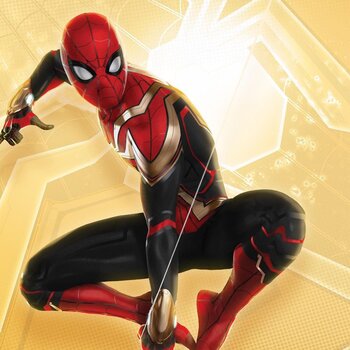 An A.I. Tony Stark installed in Spider-Man's suit, to be activated after the completion of his training. Peter winds up disabling the suit's training mode out of frustration, activating her and the suit's advanced functions early. Since she has no pre-set name, he nicknames her "Karen."

For the next Tony Stark,
I trust you.
P.S. Say Edith.
- TS
— Handwritten note provided with E.D.I.T.H. glasses.

A StarkTech AI connected to a secret global defense grid of military drones and surveillance equipment, housed in Tony Stark's iconic glasses. At Tony's request, she was bequeathed to Spider-Man.