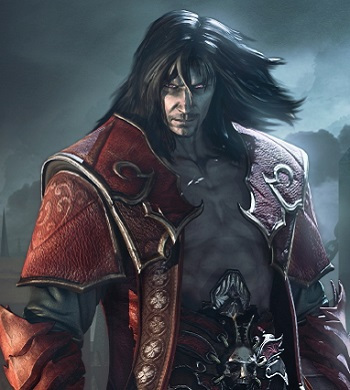 "For I am the Dragon, Dracul! I am the Prince of Darkness! That... that is my vengeance"!"
Click here to see Dracula's weakened form 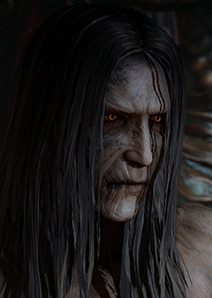 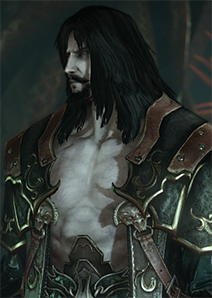 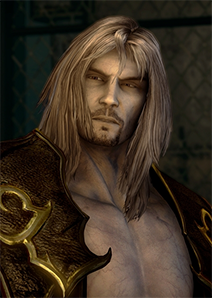 "What is a man... but a miserable pile of secrets!"

Twenty-five years after the events of Lords of Shadow, Dracula returns from decades of exile to take up residence in the old Bernhard Castle that once served as the stronghold for Carmilla and her vampire brethren. Now a powerful vampire himself, he soon marshals the creatures of the night under his banner. With these dark forces, Dracula plans to wage war on both his former allies in the Brotherhood of Light, and the world that betrayed him.

Note: For tropes applying to Dracula before The Reveal, see the Gabriel Belmont section.