This is the character page index for Castlevania: Lords of Shadow Alternate Continuity Belmonts.

open/close all folders
Advertisement:
Tropes applying to the whole Lineage 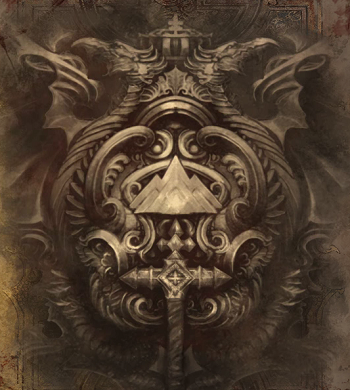 Blood is Family. Blood is Power. Blood is Everything.

Founded and recognized in 11th century, the illustrious Belmont bloodline has always been regarded as the vanguard against evils of both antiquity and modernity. Its coat-of-arms consists of a mountain tor wreathed in laurels and plumes, and a pair of crowned dragons curled around Gabriel's fabled Vampire Killer. 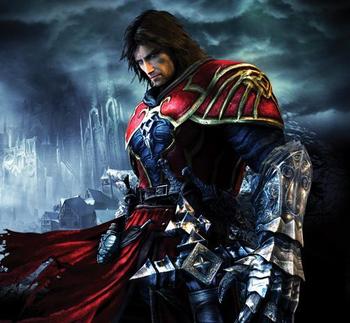 "I ask forgiveness and mercy for those that I have wronged. What I did, I did unknowingly, yet I would change everything if I could."
"Every man has the power to repent... I have faith in that..."

Gabriel is a warrior of the Brotherhood of Light, an elite group of holy knights who protect and defend the innocent against the supernatural. As an infant, he was found abandoned at the door of one of the Brotherhood's convents. It is not known who his original parents were. Some suspect he was the unwanted child of a local wealthy landowner, most likely from the Cronqvist family, though this has never been proven. The Order named the boy after the blessed Archangel Gabriel and raised him as one of its own. The precocious child quickly proved to be extremely talented, developing a mastery of the fighting arts unprecedented in the Brotherhood. Gabriel took the surname of Belmont, after his love of mountains and the high places of the world (the name Belmont is of French origin, a union of two French words: belle, meaning "beautiful," and mont, meaning "mountain").

Gabriel eventually married his childhood sweetheart Marie, only for her to seemingly be killed by monsters while he was away. He swears revenge on the creatures of the night, and soon sets out on a quest for the elders of the Brotherhood to kill the three Lords of Shadow, hoping to find a way to bring his wife back in the process. 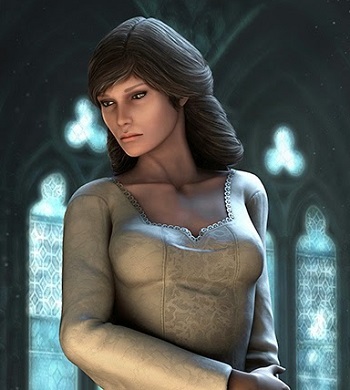 "But this suffering had to happen... and it will come to an end soon, my love."
"You are a good man, Gabriel. You are as God intended. I loved you then, as I love you now."

Marie was the youngest daughter of a rich merchant family and was always attracted by the courageous nature of the Brotherhood of Light lore; curious and lively, she often escaped her duties at home to watch the warriors' training at the monastery. During one of these visits she became acquainted with the man that would later become her husband, an orphan by the name of Gabriel.

The two youngsters were made for one another; they grew together and soon started to make promises of their future, promises that were always kept. One idyllic morning, with the blessing of both her family and the Brotherhood, the couple was married.

Marie was a good counterpoint to Gabriel's dark moods and often just her laughter was enough to blow away the gathering storm within him.

In 1046, when her husband was on a mission for the Brotherhood, Marie gave birth to his son, Trevor, but knowing of Gabriel's eventual descent into darkness, she was called to protect their son from what her husband would eventually become, and decided to leave the child in the hands of the Brotherhood, concealing the birth from Gabriel. 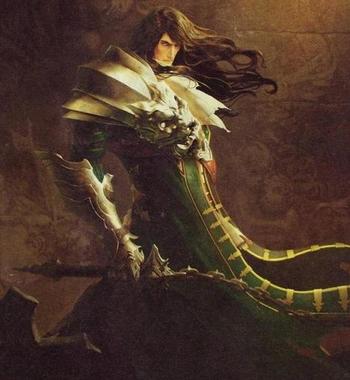 Trevor Belmont is the son of Gabriel and Marie Belmont. He was conceived in 1046, just before one of Gabriel's many long sojourns on behalf of the Brotherhood of Light and its fight against evil. Pan and the elders of the Brotherhood believed Gabriel to be The Chosen One who would one day ultimately defeat the Lords of Shadow and redeem mankind, but they also foresaw dark omens ahead. The world would be saved, although a heavy price would be exacted on all. Pan saw terrible visions, portents leading to a dreadful fate for Marie and her newly born child. He therefore persuaded Marie to keep her child a secret from his father until Gabriel's quest was done, and in this single act, he saved the child from certain death.

Oblivious to his fate, Trevor was raised by the Brotherhood to be a warrior like his father before him, and the secret of his birth and his lineage was kept from him until manhood. He proved to be a skilled warrior, and had inherited his father's deep mastery of combat. During this time, he met and married Sypha and by 1067, they have a child named Simon.

When Dracula returned in 1072, the elders saw in Trevor the final hope for redemption, a way to strike a blow against the dark forces now inhabiting the old Bernhard Castle, an evil of their own making. Therefore, Trevor was informed of his true lineage, the fate of his mother and the true identity of her murderer; and so he sets off to the castle to seek revenge. 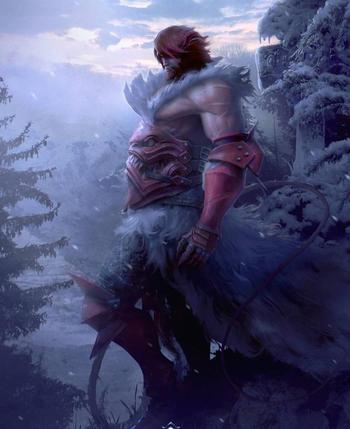 "I am Simon Belmont. I have come to avenge the death of my parents. I've come to destroy you."
"My father came to this castle many years ago when I was but a child. He came to destroy the evil that lives here... he never returned."

Born in 1067, Simon is the son of Trevor Belmont and Sypha Belmont. At the age of six, his parents were murdered by the forces of Dracula, and Simon was lucky to escape with his own life. Lost and alone, he was found in the forest by some of the mountain people, taken in and raised amongst them. However, he never forgot what had happened to his parents and vowed to deliver vengeance one day upon those responsible. He trained hard and was extremely gifted in combat, yet life was hard for young Simon growing up. Always an outcast amongst the tribe, he developed a strong will and stubborn attitude that would always boil over into rage, and men soon came to fear him and his prowess in the arts of war.

Many years passed, yet the rage and yearning for revenge never left his heart. So one day, he left the relative safety of the mountains and headed towards the land of his birth, to seek out the one they call the Dragon, to meet him face-to-face and destroy him forever, little knowing that the curse of his family name would lead him into darkness and a terrible truth. 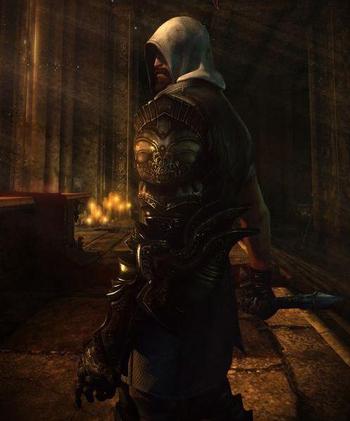 "Darkness shrouds your soul."
"I am Victor... Victor Belmont. Commander of the Brotherhood of Light. Protector of humanity. And the last of my illustrious bloodline."

The Belmont of the modern day, and at the time of Lords of Shadow 2, the last of the lineage. Victor seeks to destroy Dracula and at last restore the Belmonts' honor, even if it means dooming the world in the process, although that is far from his intentions; he merely seeks to protect what remains of mankind from all forces of evil — at the time, most aggressively, Satan's forces — and initially considers Dracula a threat to what he must protect, not knowing that Dracula is trying to, and can, stop Satan and his acolytes.