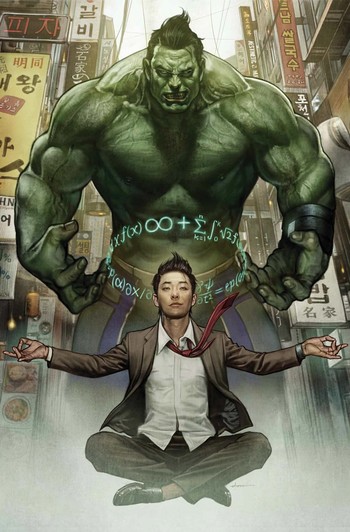 Amadeus Cho (with Hulk in Tow)