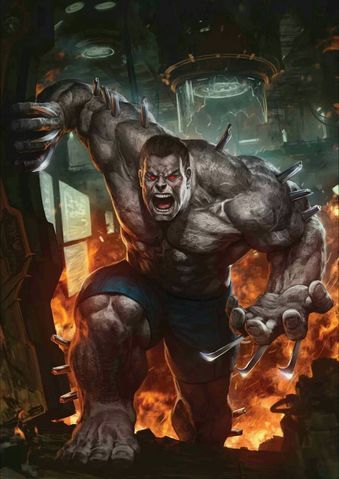 Weapon H is a comic book series published by Marvel Comics. It's written by Greg Pak and illustrated by Cory Smith, with color art by Morry Hollowell.

Set in the shared Marvel Universe and spun-off from Weapon X (2017), the series is about Clay Cortez, a soldier and family man who was forcibly experimented on by the Weapon X program. Clay was genetically enhanced with the DNA of Wolverine and the Hulk. After escaping from his captors, Clay begins wandering the country, trying to keep a low profile while also reluctantly helping those in need.

Has a character page here.