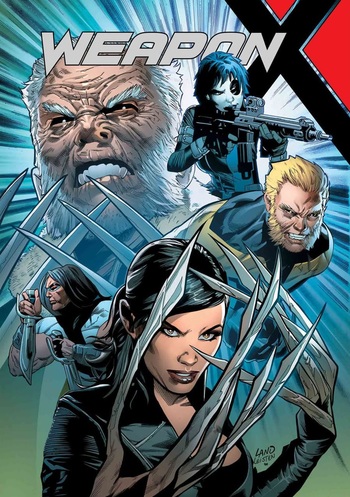 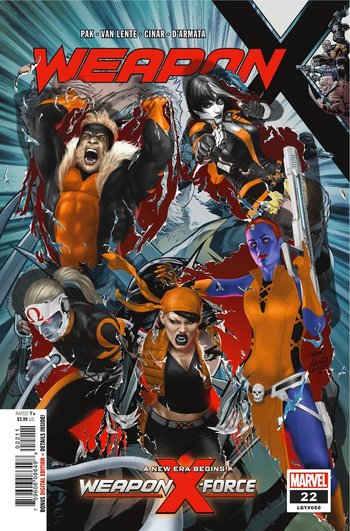 This is the third installment of the Weapon X series, written by Greg Pak and Fred Van Lente with various artists such as Greg Land, Yilidray Cinar, Marc Borste, and Luca Pizzari, among others. This was one of the new on-going titles that came during Marvel's re-branding, Resurr Xion and lasted 27 issues.

A team born of circumstance, Old Man Logan, Sabretooth, Domino, Warpath, and Lady Deathstrike must join forces to stop the new program hunting them down and threatening to destroy mutant-kind. Though they came together due to a common enemy, they eventually become an official X-team, functioning as the hunting unit. This vicious group must learn to cooperate and try to do their jobs without killing each other first.

Eventually, Sabretooth takes over as leader with Logan and Warpath taking their leave. Creed plans to focus the team on mercenary jobs and they re-brand themselves as Weapon X-Force. Omega Red and Mystique join their ranks, along with honorary members, Monet St. Croix and Deadpool.