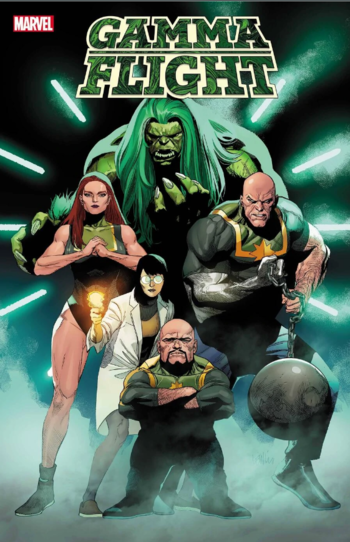 Gamma Flight is a 2021 Marvel comic book co-written by Al Ewing and Crystal Frasier, and illustrated by Lan Medina. It is a spin-off of Immortal Hulk.

Gamma Flight had one job: Find and stop the Hulk. But when push came to smash, they sided with the Green Goliath—and the human world intends to make them regret it.

Puck, Absorbing Man, Titania, Doc Sasquatch, Dr. Charlene McGowan and a horribly changed Rick Jones are fugitives from every known authority—but a team that full of gamma is bound to break before long.