open/close all folders
The Eleven & the Shade

Born of the elements of the world of Sornieth, the Eleven are the dragon deities that took form across the First and Third Age of history. They helped shape the world into what it is, and each of them has their own ideas about what to value. The Earthshaker, Tidelord, Flamecaller, and Windsinger were the first, and of their conflicts were born the Stormcatcher, Icewarden, Lightweaver, and Shadowbinder. When a force called the Shade came to threaten the world, they united against it, eventually sealing themselves into a stone construct called the World Pillar which upheld a magical barrier, and slept there through the Second and Third Age.

The last three gods, the Gladekeeper, Plaguebringer, and Arcanist, came at the end of the Second Age, formed by the warring forces of life and disease (the Gladekeeper and Plaguebringer) and by the energies of a massive magical disaster (the Arcanist).

Eventually, at the end of the Third Age, the Arcanist's efforts to learn about the Shade weakened the barrier the first eight had created and led to the shattering of the World Pillar. In the aftermath the Eleven scattered across the world, taking sections of land to claim as their own, and crafted the breeds of dragons to take life. When dragons are exalted, they go to serve the deity of their flight.

For tropes that fit individual deities, see below. Tropes shared by the Eleven as a group include: 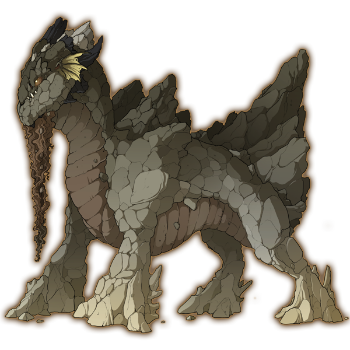 "We will be here when all else crumbles."

The first of the Eleven, the Earthshaker reigns over Dragonhome and the Earth Flight. 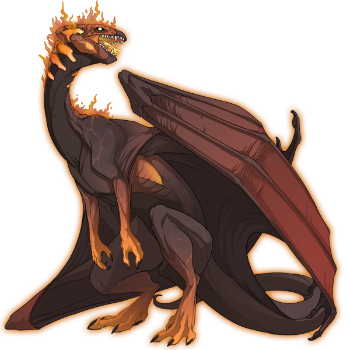 "Stoke the forge and bathe the land in cleansing fire."

The second of the Eleven, the Flamecaller reigns over the Ashfall Waste and the Fire Flight. 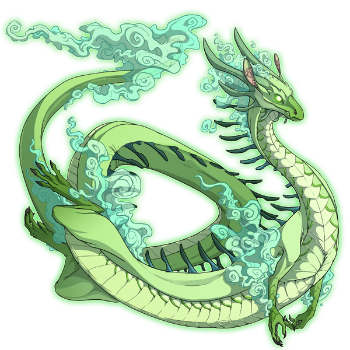 The third of the Eleven, the Windsinger reigns over the Windswept Plateau and the Wind Flight. 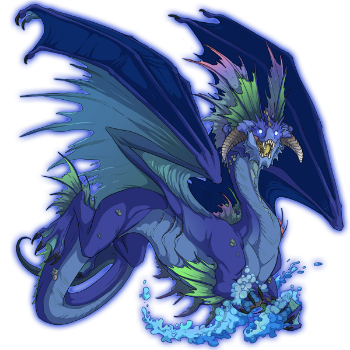 The fourth of the Eleven, the Tidelord reigns over the Sea of a Thousand Currents and the Water Flight. 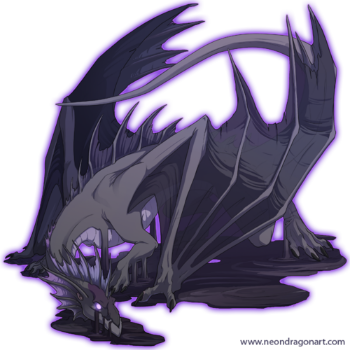 The fifth of the Eleven, the Shadowbinder reigns over the Tangled Wood and the Shadow Flight. 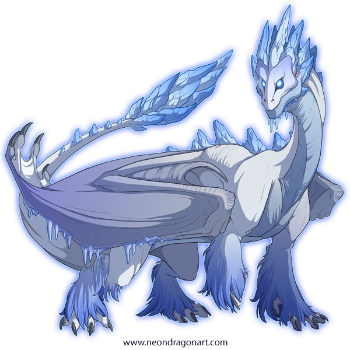 "My my; what an interesting reaction."

The sixth of the Eleven, the Icewarden reigns over the Southern Icefield and the Ice Flight. 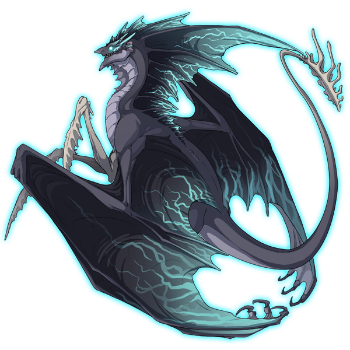 The seventh of the Eleven, the Stormcatcher reigns over the Shifting Expanse and the Lightning Flight. 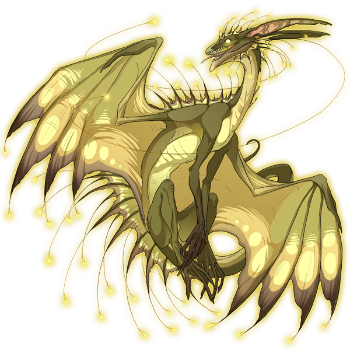 "We are the beacon that shines for our world."

The eighth of the Eleven, the Lightweaver reigns over the Sunbeam Ruins and the Light Flight. 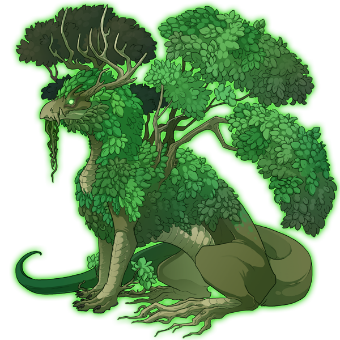 "Under our care, the land will thrive."

The ninth of the Eleven, the Gladekeeper reigns over the Viridian Labyrinth and the Nature Flight. 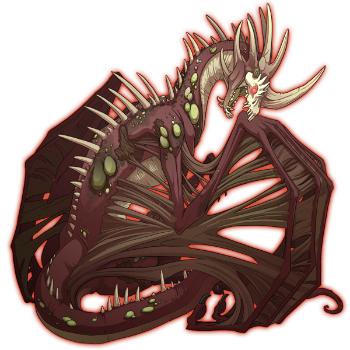 "As we spread, we will thrive."

The tenth of the Eleven, the Plaguebringer reigns over the Scarred Wasteland and the Plague Flight. 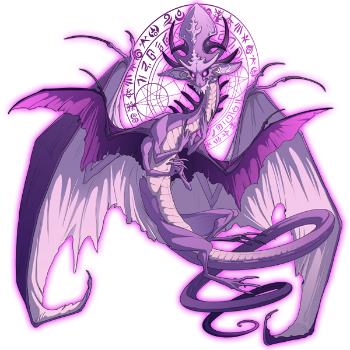 "We are but a fragment of the enormity of the cosmos."

The eleventh of the Eleven, the Arcanist reigns over the Starfall Isles and the Arcane Flight.

Unlike the Eleven, the Shade is not so much a god as a force or being from beyond the world itself. Just what it is, though, is uncertain. It takes the form of an amorphous, inky blackness, though it can shape parts of itself into needle-toothed maws to fight if it so wishes.

It appeared originally in the First Age, drawn by the massive expenditure of energy by the warring of the first eight deities, and sought to consume that energy for itself. This prompted the gods to unite, and together they managed to beat it back and seal the world against it with the World Pillar and the magic barrier it upheld. Time passed, until in the Third Age the Arcanist took notice of a dark, moving shape out in space. It was his insatiable curiosity paired with his ignorance that led him to signal the Shade, drawing its attention, and leading to the shattering of the Pillar. The shattering weakened the Shade, fragmenting its force into countless wisps which still lurk in the world, occasionally infecting the flora and fauna.

The standard dragon breeds, able to utilize every function of the site.

Ancient breeds are special dragon breeds that cannot wear apparel or interbreed with other breeds, modern nor ancient, as well as having a more limited range of genes. However, these limitations make them much faster to produce, and they were announced as a compromise to give players something new without the long wait of a new modern breed. The in-lore reasoning behind their appearance is that they were always there (as the title implies) but have been in hiding or otherwise dormant until their official release.

The Icewarden's first creations. Gaolers dwell in the heart of ice territory, guarding the various creatures therein, and have kept to themselves until an unfortunate band of ice dragons stumbled upon them. Sensing shade corruption upon the intruders, the gaolers realized their duty to contain this corruption requires them to emerge into the wider world once more.
NPCs

"Greetings, apprentice! Some dragons say that alchemy is a science, but I know that it's an art, and that the best art is spontaneous! That's where you come in. This brew is nearing completion, but it needs a little something to give it an extra kick!"

An old Bogsneak who runs Baldwin's Bubbling Brew, the alchemy lot at the trading post. He takes on players as apprentices to learn the craft. Formerly a Pearlcatcher, he was transformed after a lightning bolt struck his cauldron while he was brewing a potion.

Crim is a Tundra dragon who's main deal is collecting items. What items? Anything and everything! Her requests cycle in groups of five by the hour, but include everything from Vendor Trash to rare items, familiars, and apparel. She does offer a reward of treasure, though. She has a brother named Pinkerton.

Edgar, Pearl, and Spitfire are courier dragons. They're the ones who deliver items bought from the auction house, gems or treasure earned when other players purchase your auctions, or alert you when one of your auctions has expired. Edgar also appears on the 404 page, while Pearl appears on the page for buying gems. Mysteriously, they resemble no known dragon breeds.

Once a month, a Mirror dragon by the name of Joxar runs a shop offering various items themed after the various elemental holidays. Instead of selling them for treasure, he only accepts special, elemental-themed currency.

"Hey, traveler. So, my sister over yonder... she's got this collection problem. She keeps clogging our lair with a bunch of useless junk. I'm trying to curb her... 'enthusiasm' by giving away some things behind her back. You want something random?"

The brother of Crim, Pinkerton is another Tundra dragon who can be found at the trading post. In an effort to curb his sister's runaway collection habit, he secretly gives away objects from her hoard at a rate of one per day.

Roundsey is a Spiral who hosts the Roundsey Raffle, where you buy raffle tickets for fabulous prizes.

Swipp is a Fae who runs a stand where players can trade what would otherwise be useless Vendor Trash for rare apparel, familiars, and other objects of worth. Originally he worked alone, but as of October, 2015, his daughters Pipp and Tripp have joined the business.

"Scribbles, take notes! We wouldn't want to forget this valuable information. Wait... this question was also answered 10 minutes ago? You really need to work on your organizational skills."

Tomo is a scholarly blue Snapper who has traveled from the Shattered Plains to the Ashfall Waste, and though she has learned many things, she is incredibly forgetful. She runs a daily game wherein she asks players questions to help jog her memory, and rewards treasure for correct answers. Scribbles, her Fae assistant, is tasked with recording the information (but constantly slacks off).