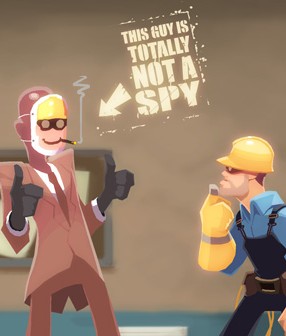 "Seems trustworthy enough."
Advertisement:
In Red Dead Redemption, the player can unlock outfits which disguise them as members of specific gangs, allowing them to enter their hideouts undetected. The Bandito outfit is literally just John's default outfit, except with a sombrero instead of his usual hat.