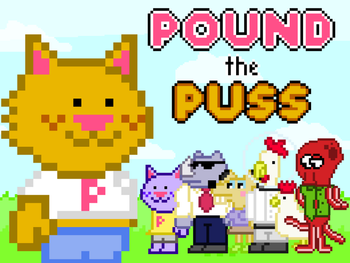 Yes, you read that title right.

Pound the Puss is a point and click Adventure Game made by Orange Pylon in 2016, and which revolves around the titular character trying to get an omelette for his mother for breakfast. It's a lot better than it sounds. The game is VERY NSFW and should not be played in anywhere public. The game can be found right here

Tropes relating to Pound the Puss: