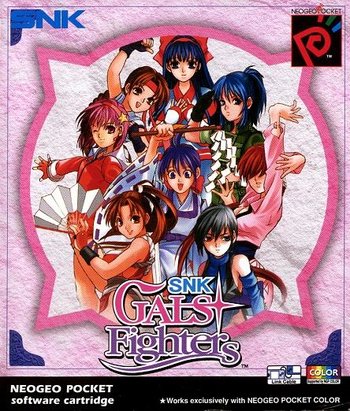 SNK Gals Fightersnote there are no apostrophes is a Fighting Game released in 2000 exclusively for the NeoGeo Pocket Color. This comedic Spin-Off of The King of Fighters centers around a Queen of Fighters tournament organized by Miss X, in which the female fighters from SNK's other fighting game series compete to win the K Talisman, which will grant its owner one wish.

List of the girls and the previous fighting games they appeared in: