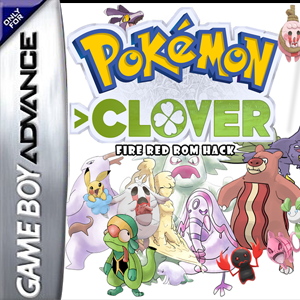 Pokémon Clover is a ROM Hack of Pokémon FireRed collaborated by the various anonymous members from the /vp/ board in 4chan. Clover started out in 2014 as a simple reskin of FireRed before evolving into a overhauled game, with the full game releasing on April 10th, 2020.

The game can be found in the official website here

. The game's soundtrack can be found here

. The composers for Pokémon Clover are Dimbus Maximus, aaaa, and Le Ruse Bird of SiIvaGunner fame.