The game's protagonist and the Shining Dragon's vessel, who's being pursued by his former captors: the Lombardian Empire. 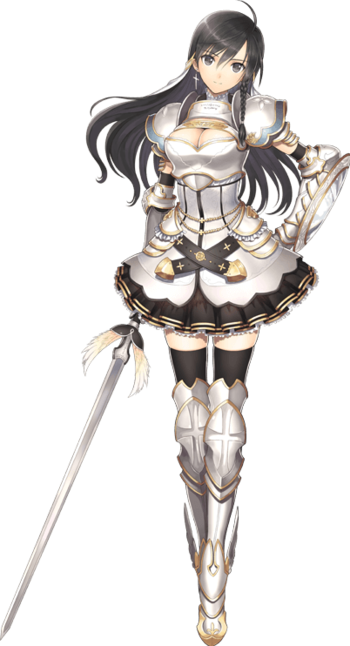 The deuteragonist and lead female party member. Despite being Astoria's princess, she's better known to her subjects for being the first and only female among their knights. 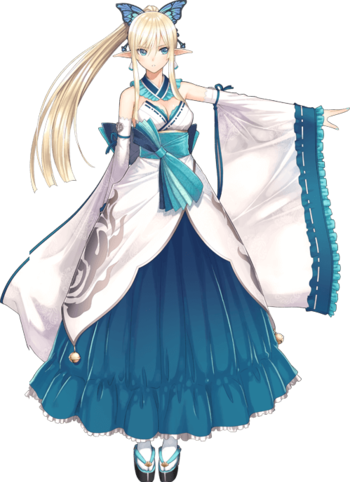 The tritagonist and other main heroine. An elf from Wellant who knows the song of magic as per her duties as a Diva Magica, she is well-versed in the ancient legends of the dragons and longs to witness the glory of the Shining Dragon with her own eyes.

An elven witch from Wellant who accompanies Kirika and has been her attendant since they were kids.

A fiery man who wields an electric guitar in battle. Though he prefers to spend his time improving his already exemplary culinary skills and his hand drawn maps. 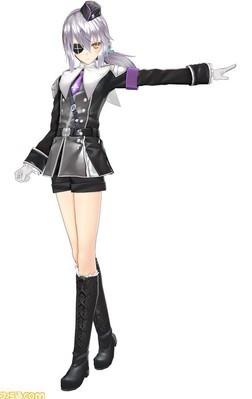 A youth imprisoned in Gaelritz Prison just like Yuma and Ette's twin sister. 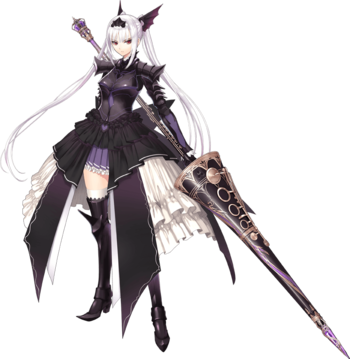 Imperial Princess of Lombardia and master of the legendary Dracomachina. 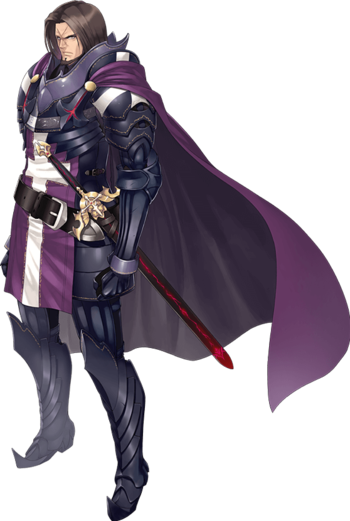 Captain of "Beowulf," a group of knights working under the Sanguine Church of Lombardia. 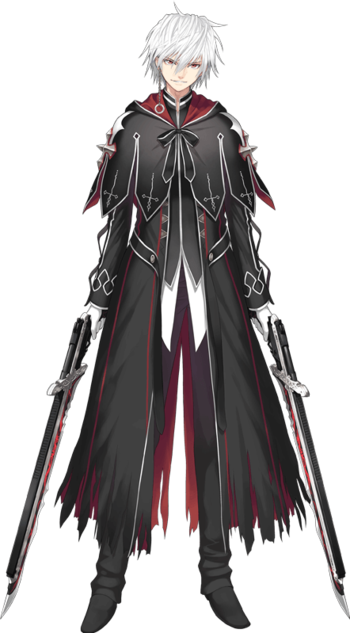 The most dangerous man in the Empire, a volatile berserker who desires nothing less than to fight the strong and despises the weak. 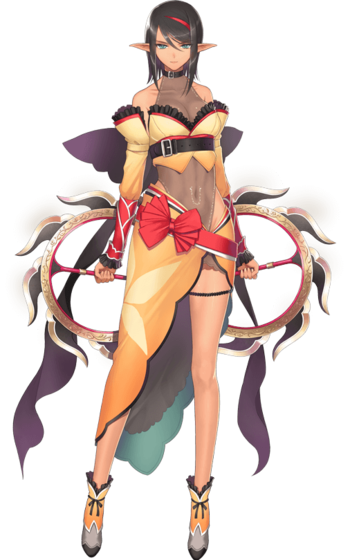 A dark elf serving as Beowulf's espionage expert and a former friend of Kirika and Rinna, having been Kirika's other attendant in youth.

A scientist for Beowulf and a researcher of the dark arts.

A youth serving in Beowulf and Marion's twin brother.

The greatest servants of the Lombardian Empire and the symbols of Princess Excella's power. Created by Deus, these five dragons fought the World Dragons long ago during Ragnarok and were ultimately defeated and sent into a deep slumber. Excella awakened them with her Diva Magica powers during the Lombardian civil war and used them to cement her father's claim to the throne. The three who serve her personally (Trishula, Gae Bolg, and Gungnir) are known as the Three Spears, while the two who protect the Empire and Emperor (Caliburn and Dainsleif) are known as the Twin Blades.

Ruler of Astoria and Sonia's father. 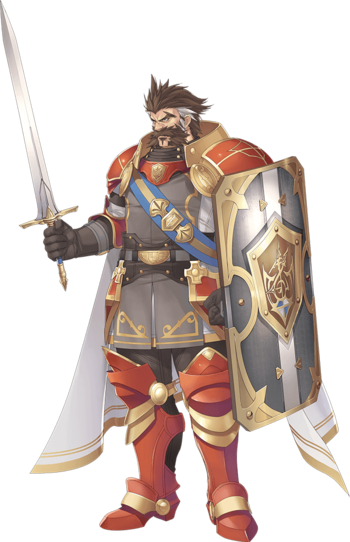 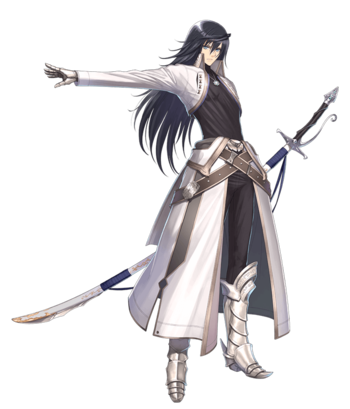 An incredibly skilled swordsman who crosses paths with the heroes on multiple occasions and seems to have some vendetta against the dragons. 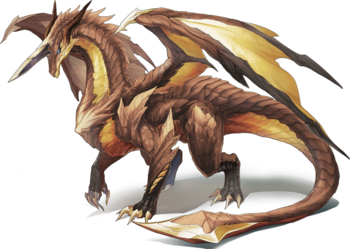 The dragon lying within Yuma, considered both the strongest and the leader of the World Dragons of legends with only his counterpart the Dark Dragon being able to rival him. His soul survived the events of Ragnarok by imparting his power to the elves in the form of the Armonics.

The god revered by Lombardia's Sanguine Church. The creator of the Dracomachina, Deus fought against the Shining Dragon and other World Dragons during Ragnarok, before ultimately being sealed away. The Sanguine Church, founded by Deus's followers, seeks to resurrect him.