NOTE: UNDER CONSTRUCTION. Help where needed. Some pictures might be nice. 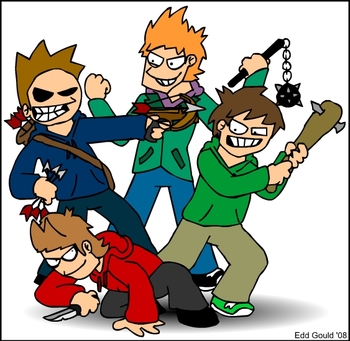 The gang from up to 2008.
The main protagonists of the entire series. 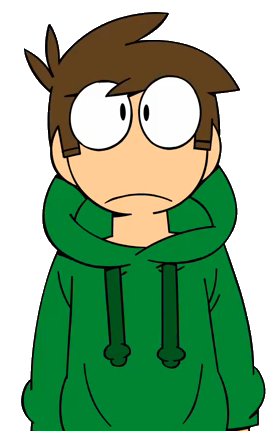 Remember where we parked the car.

The unofficial leader of the quartet/trio who wears a green hoodie. He is an optimistic artist fond of cola, bacon and puns. 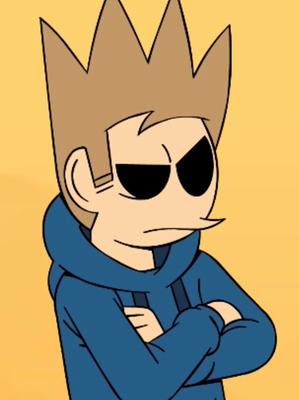 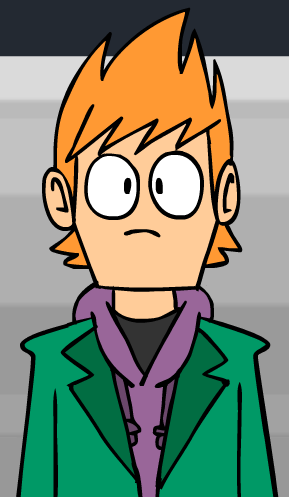 Indubitably.
The square-chinned ginger, he wears a purple hoodie and green overcoat. Vain and dumb, though the latter trait was absent in earlier episodes.
Tord/The Red Leader 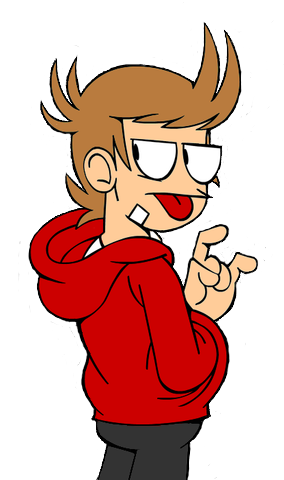 Son of a...
Tord was the fourth main character in the show. A Norwegian trigger-happy gun nut wearing a red hoodie, he was Put on a Bus after the episode "Moving Targets", because Tord the real person wanted to start his own career (this didn't go well). 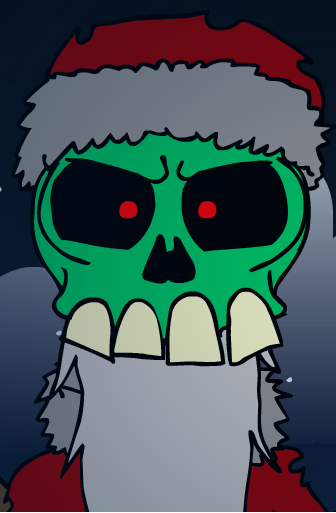 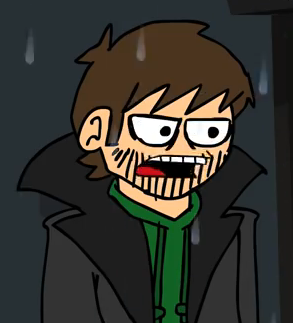 Time to finish this once and for all with my army of meeeeeeees.
A future version of Edd, having travelled time to kill himself and not witness Cola being outlawed.
Evil Director 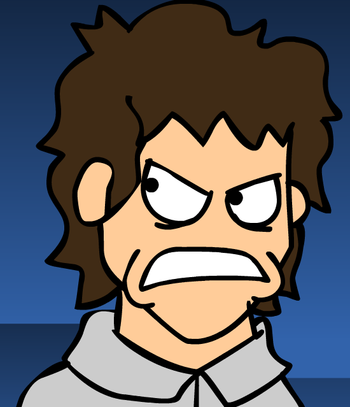 Blast! We'll never find them! Curse me for cloning such geniuses!
A director who clones the gang in Spares.
Larry 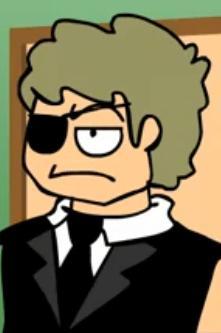 How do you morons even BREATHE!?
The assistant of the Evil Director. 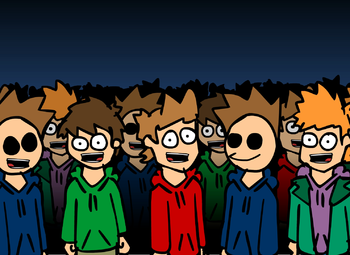 "Arcade!" "Shoe shopping! Um, I mean... arcade!"
The clones of the gang, created by the Evil Director.
Commander Bai and Crew 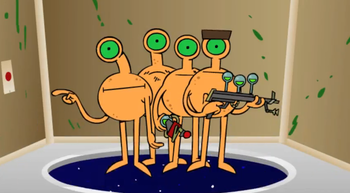 Yeah yeah, we're all very grateful, time to go.
A crew of aliens who abducted the trio to use Matt's vanity to fuel their ship.
Dazeem
Voiced by: Tim Hautekiet
An evil genie that was trapped in a cursed box Tamara bought (for free).
The Beaster Bunny
A giant, choccolaty monster created when a meteor collided with the Easter Bunny. The main antagonist of its eponymous episode.

A Dutch guy with large eyebrows and a lot of jobs.
Hellucard

A random guy who likes to say "hi" to Edd.
Future Tom and Future Matt

Future versions of Tom and Matt, who came to the past to stop Future Edd from killing his past self.
Kim

A hot girl who moves in next door to the boys, prompting Edd and Tord to fight for her affections.
Katya

Another hot girl who moves in next door to the boys.
Legacy Donators

note the girl from Date Night voiced by: Jenny Bingham

A senior drill instructor in the British Army. Taught Edd and the gang when they enlisted in Moving Targets.
Laurel

A woman who helps the gang make a movie in the episode "Movie Makers"
Shoe
A shoe that was apparently left by Tord when he moved out. He acts as the gang's casting director when Tom starts brainstorming for their movie.
Diwi

An actor who auditioned for the guys' movie in "MovieMakers".
Ell, Tamara, Matilda and Tori

The ancestors of the main trio from the old west town of Spitbucket USA. Detective Gold came looking for the kidnapped Prince Matthew, with help from Sheriff Thompson.
Matt Hargreaves
Yes, the real life person that Matt is based on and voiced by is also a character. It's just as confusing as it sounds.